Happy Christmas, or Wednesday, depending on your point of view.

And, happy coincidence, this is the first Bowl Preview to feature all three prognositcators: myself, Bob of Arabia, and Mike Ficher. 3 Wise Men? Try 3 Stooges. Or 3 Marx Brothers. "You can't fool me, there ain't no Sanity Claus."


After today's break, there is football every day through the 'Natty (copyright Cliff Harris). College football only takes this coming Sunday off, the last day of the NFL regular season. That's 11 straight days of football, with at least one bowl game every weekday, maxing out at six on New Year's Day.

As you'd expect, with 29 bowl games left to to play, there are going to be some dogs. And since people love dogs so much, why is the word “dog” considered an insult anymore? I don't know what other animal word would be a good substitute, though. It seems to me that if you changed it, that PETA or some animal rights group would get really angry. “That's an insult to parakeets!” Or whatever. So dog it is. Woof.

Did somebody say woof? I know that Pitt is continually trying to have people call them the “Pittsburgh Panthers” and not the “Pitt Panthers,” and that they are continually losing said battle. Only one time did Pitt successfully get people to change a pronunciation, when Tony “Dorsett” became Tony “Dor-SETT.”

Bowling Green, meanwhile, has yet to satisfactorily explain how they got their name. Or get me to remember where they are. I continually think they're in Ohio. Which is fortunate, because they are. But there's also a Bowling Green in Kentucky, and that's where Western Kentucky is. And I'm confused again. I still don't know how anything got named Bowling Green, though.

And hah, that means this game falls squarely into several MSC's, which de-qualify it as a “real bowl game.” One, they're playing it in Detroit. Congratulations, you get to go to a bowl game in Detroit. Yay? Also, Detroit is less than a day's drive for both these schools. It's an hour and a half straight shot north on I-75 from Bowling Green. It's four and a half hours from the Pitt campus. And did I mention it was in Detroit? Three strikes.

Bowling Green even played their last game at Ford Field, the MAC championship where they knocked Northern Illinois from the ranks of the undefeated. Four strikes. The Falcons go in with an interim coach, as their first guy left for Wake Forest (I guess that's not a lateral move. I guess), and they hired the Eastern Illinois coach (which seems like it should be a step up).

The Panthers, who are now in the ACC (um, I did not know this. I knew Syracuse was now in the ACC, but Pitt fell through the cracks), lost four of their last six to finish even-up. Get this, even though this is their fourth straight bowl game, they haven't finished over 500 since 2010. Woof, indeed.

Bowling Green leads all the statistical categories, so they should _________ over the Panthers. I'm sure you can figure out the pun.

Ladies and gentlemen, please welcome back BOA and his bowl previews!

OK, back from Anaheim and dammit if that Mickey isn't a heavy handed pourer.  Whose idea was it to put an outside bar right next to the World of Disney store entrance?  Tequila, credit cards and a Mickey collection are a bad combination.  I can now put a quantitive number on how much "a grip" is when you spend one, and it's not pretty.  So while I'm assessing the damage, let's talk bowl games: 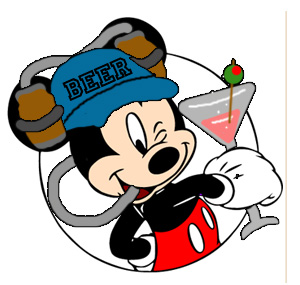 I'm not a big fan of Little Caesar's.  I think their pizza is cardboardy, kinda like eating a deck of cards topped with sauce and cheese.  But, when you have a bunch of mouths to feed, you can't beat the pizza-pizza price.  I'm not a big fan of this game either.  The Panthers to me are kinda cardboardy.  If you apply enough pressure, the box eventually folds and loses its integrity. (See what I did there?  A box is made of cardboard.  A defense stacks 8 men in the box.  Eh, it was clever at the outside bar)  The beat-down Bowling Green put on Northern Illinois in the MAC Championship game has them convinced they're not cardboardy.  Thus, I will borrow another Little Caesar's slogan for my prediction.  Whoa Panthers, they owned you!! 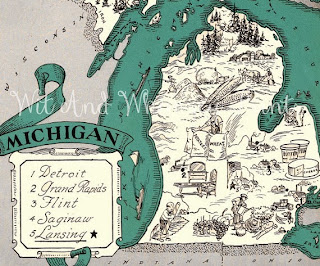 But, the Eagles of Eastern Michigan have not enjoyed a winning season since 1995.  Even in the diluted, everyone jumps in the bowl pool contemporary environment, six wins or at least a .500 season (unless you are Notre Dame--two wins will qualify) are necessary to be bowl-eligible.

Northern Michigan?  The Wildcats play Division II. So, the pepperoni committee invited Bowling Green, which is in Ohio, and Pittsburgh, which is in Pennsylvania.  Well, they are close.  Almost as close as Bowling Green was to being Van Wert (the vote was 3-2 for the former location, thus the name).  But, well, that's another story.

This is the third consecutive season Pittsburgh is entering a bowl game with 6-6 record.  They lost in 2011 and 2012 and expect history to continue for the Panthers. 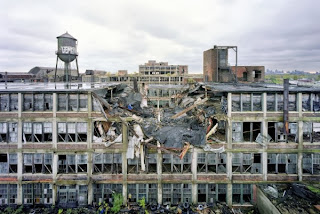 Utah State actually isn't that bad of a team, after starting 3-4 they won five straight and lost the Mountain West's first ever-conference championship game to Fresno State, who got whacked by USC in Vegas. I watched them several times this season as well, because they were also part of the very late night college football viewing on Saturday nights. They seemed decent, but not great.

Which explains this bowl. Decent, not great. I don't know why they put a second bowl game in San Diego, the Holiday Bowl seems like plenty enough for me. But, whatever. Better here than Detroit. That's gotta be Northern Illinois' motivation, and they should leave SoCal with win number 13.

Of all the holiday flora, why does the poinsettia get a bowl named after it?  Why not the Douglas Fir Bowl?  Imagine all the slogan pun fun you could have with that.  Speaking of which, you could create a virtual bidding war over the marketing rights to the Mistletoe Bowl.  Two schools full of students hopped up on hormones and egg nog would make that game a merchandising gold mine.  And, the Ciroc and Maxim sponsored after parties would be legendary.  As for the game itself, we're probably going to have to endure a lot of immovable object / undeniable force crap because Utah State has a decent defense and the Huskies have a Heisman finalist for a quarterback.  Aaahhh....where would hyperbole be without televised sports?  In what will be called the greatest bowl game since the Little Caesar's Bowl, I'll take the Huskies, an egg nog, one of those mistletoe hats, an NIU naughty elf t-shirt and a ticket to the Maxim party.

Since 2000, Utah State has been in the Big West, Sun Belt, Western Athletic Conference, Mountain West Conference and played as an independent.

In the past, the Aggies have played in the Mountain States Athletic Conference, Skyline Conference, Pacific Coast Athletic Association and the Rocky Mountain Conference.

Utah State has switched affiliations more often than Cher has changed during a concert.

Now speaking of switching affiliations, when a mid-level university wins ten games in a season for the first time ever, as the Logan-based school did in 2012, well, you know what happens next--your coach is swallowed up by a bigger school.

Ten win seasons?  After posting only two in a little more than 40 years, Northern Illinois has posted four consecutive ten win seasons--and with four different coaches--yes, that mid-level ten win factor again.  Jerry Kill moved on to Minnesota and Dave Doeren went to North Carolina State after leading the Huskies to ten win seasons.  Rod Carey?  After 12 wins in 2013, only a matter of time.

Which should make this a very entertaining game.


Again, most actual bowl information was gleaned from espn.com