I don't know why they are playing these bowls now. They're not top tier bowls and don't deserve to be played on this weekend before the championship Monday. You could argue that they're here to make sure we don't forget that the championship game is Monday... but that would be a really horrible argument. How are two bowls in Alabama between mediocre teams going to serve as a proper reminder that the national title game is happening in Southern California? I don't know.

Here's how bad this bowl's title sponsor is: I thought that Compass Bowl was the actual name of the bowl. You know, like it has an explorer for a mascot, like Hernando de Soto (not coincidentally, the first European explorer of Alabama). But nope. And neither is it a company that makes, you know, compasses. It's a bank, or kind of is. Now you understand why they're not sponsoring the bowl after this edition.

But, let's digress. Why shouldn't there be a history bowl? They already kind of are anyway. Why wouldn't that be fund to watch and a teaching tool of something besides football at the same time? There have been every other kind of bowl, why not an Educational Bowl?

Vanderbilt and Houston should be playing a bowl on December 23rd, not January 4th. You're not going to watch this unless you're a serious fan of either team. Looks like Houston should win, but because I have a buddy who covers Vanderbilt sports, I'll go with the Commodores, in hopes that even though he's got to cover a 5th rate bowl, they at least win the thing. 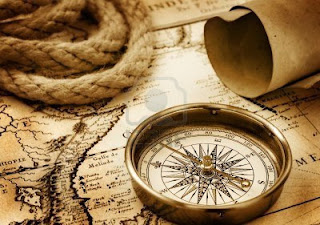 I didn't realize compass companies made so much money that they could afford to make up a bowl that was the only college football game played that day.  What?  It's a bank?  Is it an overseas bank?  American?  Get out, really?  Damn, just when I thought we were ditching all these confounded smart phones for a return to old school technology.  So, this is a crap ass bowl.  Had it been played a week and a half earlier like it is supposed to, it wouldn't be so much of a crap ass game.  But it wasn't, so it is.  Alabama loves their college football, so it makes sense they host a bowl game.  But not in January.  Not AFTER the Rose, Sugar and Orange Bowls.  Not on the same day as the friggin' NFL playoffs.  Question:  If a bowl game is played, and nobody watches it, does it still have a winner?  For some delusional reason, Vanderbilt seems to think so.

I can't even justify writing about this bowl. Dave Letterman University wins. Sure, why not?

Can we skip the game and just watch the girly commercials?  I don't see Bill Murray or Punxsutawney Phil anywhere, and I haven't rekindled my love for tequila since returning from Anaheim, but I would swear I just reviewed this game.  Eh, maybe I fell and hit my head on New Year's Eve, so I'll just fughetabowdit and move on.  Alabama loves their college football, so it makes sense they host a bowl game.  But not in January.  Not AFTER the Rose, Sugar and Orange Bowls.  Not on the same day as the friggin' NFL playoffs.  Question:  If a bowl game is played, and nobody watches it, does it still have a winner?  For some delusional reason, Ball State seems to think so.  Man, that seems so familiar.