Bowl preview 12: The Final One

34 down and one to play. It hardly seems possible. There were times I thought bowl season would never end. And then there were the times that I wished it was over. Mostly while watching the Weed Eater Independence Bowl and thinking, “Great Googly Moogly, why am I even watching this game? Why did I spend any time thinking about this game? I didn't even put any money on it!”

By paying attention to each game without gambling, it makes it possible to come at it objectively. Or kind of. Bowl games have to prove to me that they're worthy, not the other way around. This is why the Queen City Bowl and the New Orleans Bowl can be deemed ridiculous jokes even before the coin toss. It's why I can look at the Cotton Bowl and see not tradition, which is what the bowl committee wants me to see, but out-and-out corporate greed. The Cotton Bowl needs to be played in the Cotton Bowl. It also means that I look at a certain bowl played on New Year's Day through Rose-colored glasses, which is convenient. But it also means that I see while that game in Pasadena claims everything they do is in the name of tradition, I realize that committee only claims “tradition” when it happens to make a dollar for them. Or a lot. Because the Rose Bowl is the biggest money-making Bowl of them all. It out-dollars the BCS title game, every year. Which brings me back to the point, which is that Bowl games are money grabs. You know it and I know it, but we keep going back because the alternative is having the season end completely the week before Thanksgiving. Who wants that? Nobody who's actually a football fan. So, in the words of the Festrunk Brothers, “I blame-a myself!” But don't worry, I also blame you. 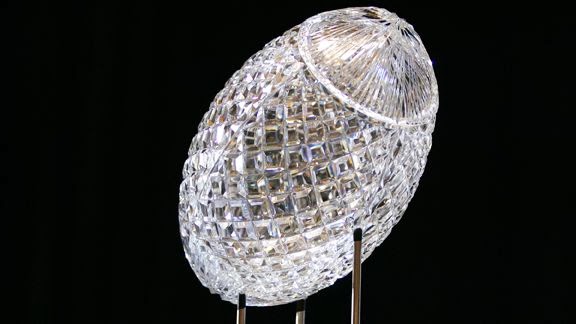 Is this the matchup that everyone really wanted to see? Because it's the last title game of the BCS as we know it (THANK YOU), people have been justifying this matchup as between two teams that “everyone wanted to see.” Uh, no, not everybody. If you wanted to match up Florida State against a one-loss conference champion, you could have gotten Michigan State. Sparty looked pretty good closing down Stanford, don't you think? Of course, Stanford brought this upon themselves by continuing to run up the middle over and over and over and over. Of course, they could also have taken Baylor, who got run over by a team that nobody outside of Central Florida thought had a ghost of a chance to win. And the Alabama and Ohio State losses certainly implied that it was a good idea that they did not get picked for the title game over Auburn. As much as bowl games are all about gate receipts and teevee ratings, sometimes they do deliver good matchups in spite of themselves.

I certainly hope that someday the BCS championship game is remembered the same way everybody remembers driving with a learners permit. You were driving, yeah, and that's a big deal... but there had to be somebody else in the car with you who already knew how to drive, and that person had to be eighteen. So if you didn't have an cooperative older sibling or cousin (and few 15 year-olds do), you had to have mom or dad in the car. So while yes, you were driving and you got to tell everyone you knew that you were driving... it wasn't driving how you'd envisioned it. You're just 15, you have to drive with adult supervision. The BCS stand-alone title game is driving with a learners permit. We all know it can get so much better, it's just a matter of passing the test that lets us do it on our own.... or actually get a playoff system going. Next year, college football actually starts driving.

But that still means we have to sit through this mess one more time. And after watching at least part of the other 34 bowl games this season, I don't have a lot of hope left for the final game of the season. To go back to the learners permit analogy, let's just go to the DMV and get it over with. We're not any more mature on our 16th birthday than we were when we were 15 years and 364 days old. You could also make a pretty good argument that most people aren't more mature when they're 40 than when they were 15 years and 364 days old either, but that's something to get into on a different day.

Once they decided they were going to a playoff, it just should have happened. I have a very good friend in the military, he's what you'd call a lifer. He just got told he's going to be promoted... in 18 months. Why would you tell someone they're getting promoted, but it's not going to take place for another year and a half? It's like when Jay Leno announced Conan was going to take over the Tonight Show... eventually. If you're going to retire, then just retire. The longer it's going to take to happen, the more chance there is for something to gum up the works, and for the person doing the promoting to change their mind. Like Leno and Conan. But at least that made things entertaining for those on the sidelines.

Sidelines. Gee, that sounds familiar... oh, right, the football game. In a lot of ways, this Florida State team seems like the Auburn team of 2010. Came out of nowhere, dynamic Heisman trophy-winning quarterback that should have been suspended for the season.... you know, things like that. My Florida Gator friends continuously call the Seminoles the “Criminoles,” and I still think of them as “Free Shoes University,” to borrow one of the best lines ever from Steve Spurrier.

The pundits out there tell you FSU should beat Auburn rather handily. If they played a week after the conference championship games, then yes, I'd say the Criminoles should win that matchup. But what the professional prognosticators seem to always forget is that they have an entire month or more to prepare for these games. An entire month to prepare for one team is quite a long time. That's how Oklahoma was able to beat Alabama, and how UCF was able to beat Baylor. The time in-between games allowed those teams to really break down how the opponent played ball.

I'm not going to buy this whole "miracle season" in order to think that Auburn has a chance to win this thing. Yes, the Prayer at Jordan Hare was luck. But let's not forget that if the Kick Six doesn't happen in the Iron Bowl, then there's still overtime to play. If Nick Saban had done what any coach with no faith in his kicker usually does in those situations- you know, let your top Heisman candidate senior quarterback fling one into the end zone and see what happens- then it's a matter of who blinks first in overtime. I was settling in for a record-setting overtime (mentally calculating how much beer and snacks I had left) when Saban sent the kicker out. When something doesn't make sense to me I tend to angle my head like a confused dog. Even when he was sending the kicker out I started looking at the teevee like that. 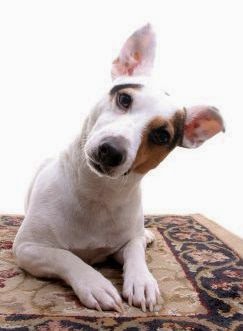 Let's look at this without becoming a confused dog. Florida State's closest margin of victory this year was 14 points. Auburn? Well, they could have lost to Washington State in the first game of the year, (remember that?) they needed a touchdown in the final ten seconds to beat Mississippi State, and you know about the other two close games they played. So they know how to win when it's not a blowout. Florida State doesn't.

I point to two very telling numbers in the ESPN preview of this game: Three other BCS title games have featured an undefeated team versus a one-loss team. The one-loss team has won every time... by at least 20 points. And Free Shoes University's strength of schedule is the worst for any team in the title game in the last ten years. Yes, even Notre Dame last year. The other three teams lost by at least 14 points in the title game... to SEC teams.

I need no more. Auburn makes it eight SEC BCS titles in a row. Now let's get that driver's license and take the playoffs for a spin.

Phew!  After 34 exhibition games, many of which were fake (or MSC games), we finally get to the one real game of the college post-season.  It is also the last BCS game ever as the new playoff format begins next year.  There are scores of college football fans that have only known the BCS format (i.e young'ins).  A majority of those people, along with a multitude of others, have bemoaned the BCS during its entire existence.  While I too had my problems with the BCS (slight SEC bias anyone?), it was the best solution at the time and was a thousand times better than what we had before.  Before the BCS, it was all decided by a jury of opinion with no checks and balances like strength of schedule.  The sole focus of the football season was going undefeated.  You almost never got big inter-conference match ups before the BCS.  Instead, all the contenders would start the season by scheduling directional schools or the local arts and culinary academies under the guise of "we're helping out your recruiting by giving you a game against a big time program in our house".  This was how the first 2 or 3 games went until the conference schedule kicked in.  Does anyone really need to see UCLA play Long Beach State?  No.  Trust me on this one.  I did.  You don't.

In addition to the pre-conference scrimmages, pre-BCS college football defied physics.  The Pauli Exclusion Principle states that two objects cannot occupy the same space at the same time.  However, the NCAA (a "scholastic" organization, mind you) disagreed and found it possible to have 2 concurrent National Champions...multiple times.  Hey San Francisco 49ers, remember how you didn't quite get in to the end zone to win last year's Super Bowl?  The committee has decided that your effort was commendable, so you are the Super Bowl Champs too.  You should expect a shipment from Baltimore with your half of the Lombardi Trophy in the next week or so.  The BCS wasn't perfect (reference the 2011 Alabama / LSU rematch Championship Game) but it did put an end to some of the more shameful scheduling tactics, gave us exciting match ups before October, and restored scientific logic to how the National Championship was awarded.

After this game, a 4 team playoff format ensues.  I think it has to be an 8 team format for a team to confidently lay claim to a true championship, but it's a start.  I am already prepared for the contentious post-game comments from the coaches whose teams are ranked 5 and 6.  In a way, the playoff format will be one step forward ("we need a playoff" has been the rally cry for decades) and two steps back (rankings will once again be a jury of human opinion with no computer rankings / there are no more automatic conference qualifier berths meaning you can expect post-selection squawking, especially from the Big East....errrr....American Athletic Conference).  The Sports Dude has much more insight to this whole mess than I do, but what I can tell you is that we will have to endure the 4 team format for quite a while before it ever expands (games in the current format are already scheduled through the 2025-26 season).  So, like it or not, the playoffs are upon us.  Perhaps we should have been more careful of what we asked for, because the NCAA sure gave it to us. 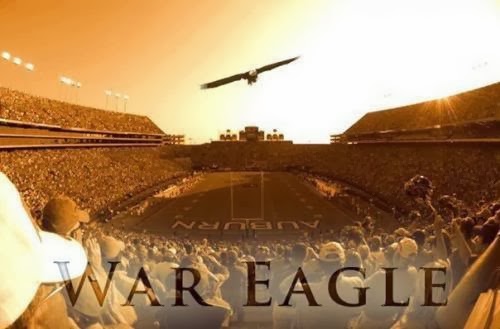