Even politicians get this right, most of the time, and for as many things that politicians get wrong, that's saying something. When it's getting close to time to announce the re-election campaign, politicos say “I’m not running, this is my last term.” (Of course they do it in three-hour speeches. But still.) I don't recall a Senator getting elected and then saying “hey, in six years I'm outta here.”

But that's what countless sports figures do, and that's what Derek Jeter did on Wednesday. He posted a Facebook message saying that 2014 would be his last year.

What are you looking for here, Jeets? Are you that starving for attention that you're going on a farewell tour? You're that attention-conscious that you want the people of Boston to cheer you all of a sudden? And you want the people of Toronto to do the same thing? And the people of Seattle? Now that the “baseball farewell tour” is such a thing, do you really want Kansas City to give you a barrel of barbeque sauce as a retirement present? (Mind you, KC BBQ is fantastic. That would be nice to have.)

You've been a subject in seemingly every newspaper, every teevee station, and every sports website in the last couple of days (oh, hi there!). Most of it has involved gushing praise about the “Yankee Captain” and how you're “going out on top” (even though you're not).

I don't trust anybody who retires and then plays another season or goes on tour one more time. It just feels like an attention/money grab. Remember the Rolling Stones final tour? They're still going. Hell, Frank Sinatra had a retirement concert in 1970.... and then toured for 20 more years. Never say never.

I don't remember where I read it, but I read somewhere a while back that a champion athlete shouldn't decide they're not going to play professionally again until the time comes for training camp the next season. And to me that makes the most sense. The reasoning in this article was that when they retire at the end of a season, champion athletes are reacting in the heat of the moment, like they do on the field. But when they go through an off-season and the time comes around to go to off-season workouts, well, the itch comes back and they feel like they can do it one more time.... at least.

The most egregious example here is of course Bret Favre. After the Packers lost in the NFC title game to the New York Giants in January 2008, Favre had a tearful press conference announcing his retirement. Remember that? Of course you do. And you remember what happened next. A couple of months later, the Jets traded for him and Favre came back. And then after that season he retired from the Jets. And then he signed with the Vikings, and took them to the NFC title game.

He did the right thing that time. As quietly as Bret Favre can do anything related to football (which isn't very quiet at all), he didn't go to training camp with the Vikings the next year. By not retiring, he still left the door open. And every now and again got asked by NFL teams if he still had the desire to play. I don't think anybody's asking any more, but hell, Jon Kitna had been out of the league two years before he became Kyle Orton's backup the last game of this season. Just because you file “retirement papers” doesn't mean you're done. 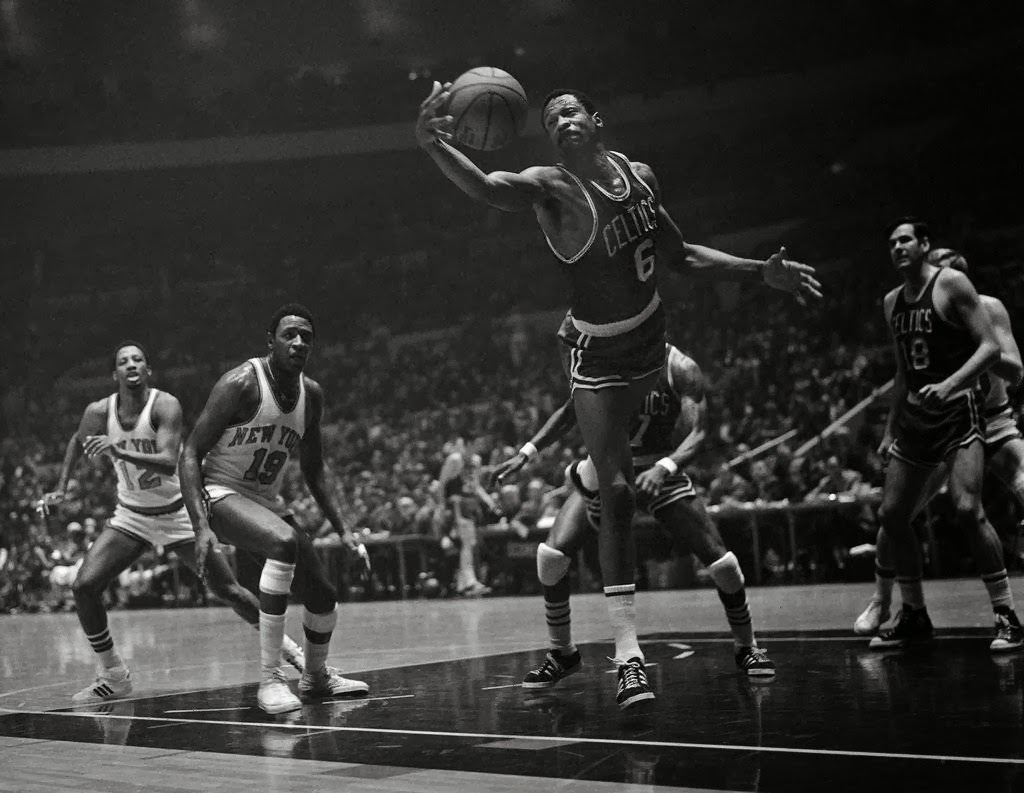 The most ironic thing of Jeter's retirement announcement is that it happened on Bill Russell's 80th birthday. Russell won two handfuls of rings with the Boston Celtics, the last few as player-coach. He was pretty sure he was going to retire, but didn't say anything until pressed after the Celtics won yet another title. I don't think he even said anything then, he just started crying. Russ just walked away because he knew he had no more to give. He didn't need a farewell tour, he didn't need lounge chairs from Philadelphia or a new car in Los Angeles. He went out on top, with the fans in other cities treating him the way they always had.

Derek Jeter won't have those memories on his farewell tour. He'll have people in Boston (where he will finish the regular season, if all goes as planned) saying to themselves, “Why am I cheering for this guy? I started the 'Jeter Sucks' chant last time the Yankees were here. Why am I now giving him a standing ovation?” He'll get applause and chairs and paintings and cars and whatever, but it won't feel genuine, because it won't be.

I remember a while back when I went to a Giants game, and they were playing the Arizona Diamondbacks. I turned to the buddy who I was with and said, “I bet this is Mark Grace's last season. He hasn't said anything about it, but I bet it will be.” A few innings later, I said, “And Matt Williams, too. It's probably it for him, too.”

It was the final season for both of them, and I'll remember those moments more than I would being part of an empty standing ovation for Derek Jeter.

Besides, then I'd be ticked when he inevitably says, “Did I say retirement? Just kidding! I look forward to a great career with the Anaheim Angels!"