Thoughts on the Super Bowl 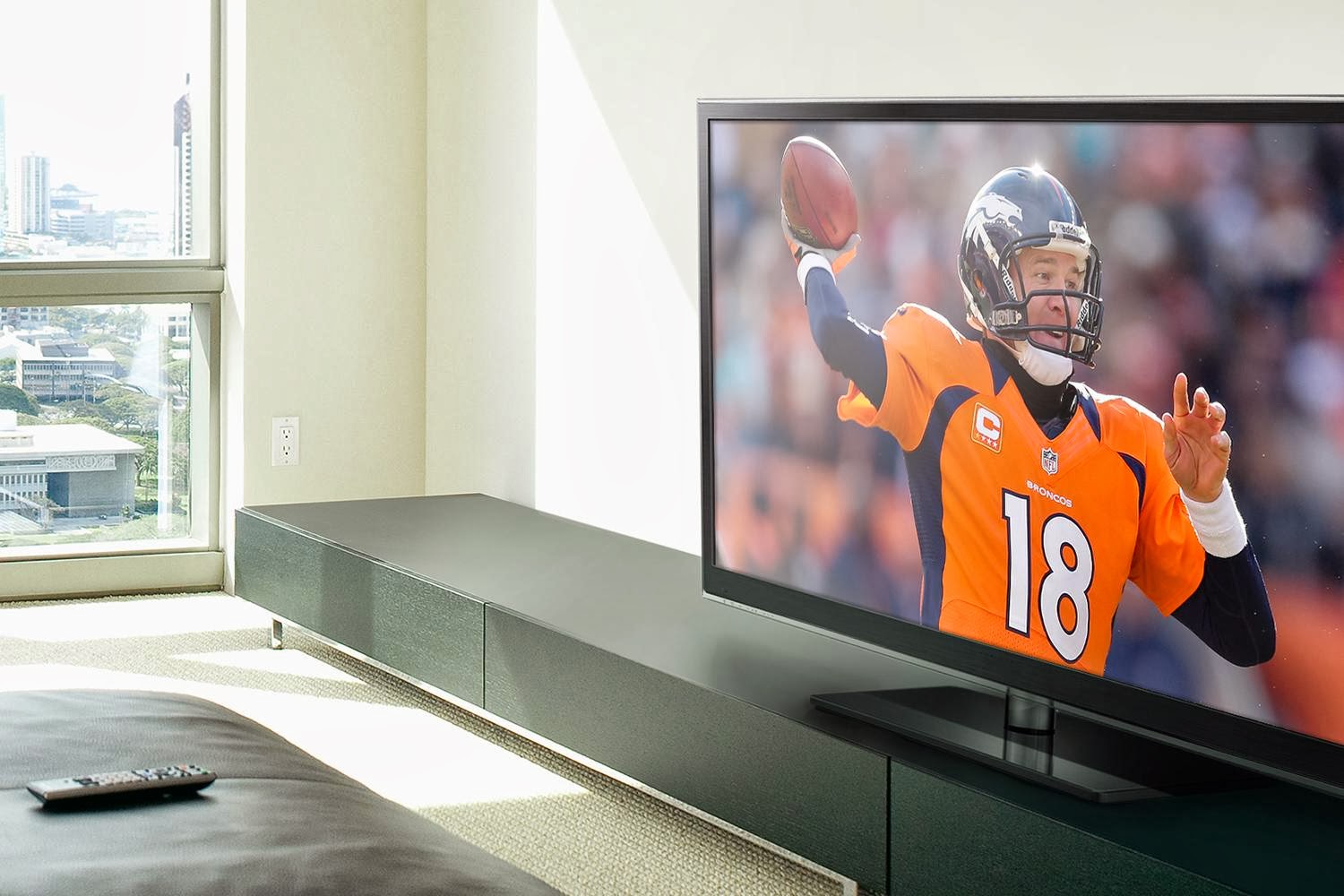 Certainly, there are problems with the Super Bowl. There's the part where the game has become a sideshow compared to everything that surrounds it. Playing it in NYC- okay, East Rutherford- is a perfect example. The idea of putting a championship game of any sport in a neutral location is to, uh, create mass tourism dollars from both sides fan bases. But I digress. The alleged sports reason for neutral-site games is to create ideal playing conditions for both sides. You hear the argument all the time- would the '27 Yankees beat the '98 Yankees on a neutral field? Would the '72 Lakers beat the '01 Lakers on a neutral court? At no time when you hear the words “neutral field” do you assume that Babe Ruth would be facing Mariano Rivera in a pouring rainstorm. You don't start thinking about Wilt facing Shaq on a slippery floor because the hockey rink just below is causing condensation on the court. “Neutral field” equates to “perfect location.” This Super Bowl is not it.

You want a worst-case scenario for this game? It's real simple: it's a beautiful, sunny day on the East Coast and the game begins in 50 degree temperatures, there's not a hint of a breeze, and there are no weather miscues as a result. Because if this Super Bowl is wonderful, then guess what- say hello to Super Bowl 55 in Cleveland. And Super Bowl 58 in Cincinnati. And Super Bowl 62 in Seattle. And Super Bowl 67 in Denver. And Super Bowl 71 in Kansas City. And Super Bowl 75 in Buffalo. Because you know what those places have. They have open-air stadiums. Congratulations, conference winners, you get to play the Super Bowl at Michigan Stadium. In February. The coldest wind chill for an NFL game is -59 degrees, the 1982 AFC title game in Cincinnati. Imagine the Super Bowl in a wind chill of -59. That's what'll happen if this Super Bowl is a massive weather success. Somewhere down the line, sometime soon, they'll try it again and it'll be a massive weather failure. And I have no doubt that'll happen the year they put it in Cleveland, because that's the luck of the lake people.

Before the NFC title game, I said out loud that whoever won that game would win the Super Bowl. And I still think that, mostly. But I'm also convinced that if anybody can solve the Seattle defense and put up plenty of points, it's Peyton Manning and company. I'm also not convinced that the Seattle offense can put up enough points to win. Don't forget, if the 49ers actually had a red zone offense and scored touchdowns instead of kicking field goals, then Richard Sherman would be two weeks into his offseason and Navarro Bowman would be the man of the hour.

It seems fairly clear to me that the Denver defense will stack the line to stop Mr. Skittles and see if Russell Wilson's arm can beat them. Now, I know Russell Wilson can throw. I was at the 2012 Rose Bowl when Oregon beat Wisconsin. Wilson was the Badgers quarterback that season, and he threw on the Ducks that day. But his receivers that day were better, in a college comparative sense, than the receivers he has now in Seattle. I'm not saying that Nick Toon is a better receiver than Percy Harvin on a good day. I'm saying that on the college level, his wideouts would be ranked higher than his NFL receivers would be, you get what I'm saying? 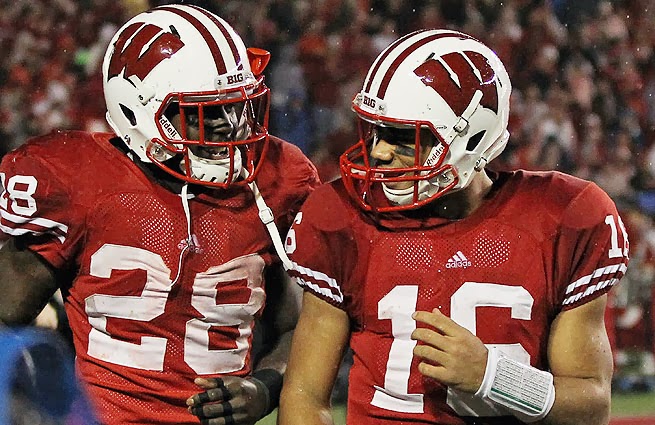 As it happens, Danger Russ had a real good running back at Wisconsin that allowed him to be effective in the passing game- and that back will be on the opposite sideline on Sunday- because it was Montee Ball. Of all the stories I've heard this week, the fact that the two of the best players on that Wisconsin team are matched up against each other in the Super Bowl a scant two years after being in the Rose Bowl has not been mentioned. Which means I now need to go see if anybody has done that story. Fortunately, it's been done several times.

Every year I look at the Super Bowl matchups and see if there's a chance for the one thing to happen that I want to see in a Super Bowl more than anything except another 49ers victory. And that's overtime. There have been a few times where it's almost happened, but it never has. If these teams are as evenly matched as people say they are, then why not this year? But it also seems to happen that whenever it's supposed to be a “good game,” it's a blowout. It would be sweet if it was this year. Any year it actually happens would be sweet.

I think Seattle should win, but I want Peyton Manning to win. (By the by, Peyton's “legacy” is secure no matter what happens. I wrote this before the AFC title game. It still holds true.)

Here's my prediction: Seattle will score right around 23 points. I know that sounds like George Carlin's Hippy Dippy Weatherman/Newscaster sketch (“And here's a partial score, Stanford 29,”). But that's Seattle's offense for you. Does Denver score 48? It's possible. Does Denver score 15? That's less likely.

I hear a lot of people talking about the game Denver lost to San Diego in the regular season as a blueprint to beat them. But that game was a Thursday night game, and Denver clearly went into that game with a vanilla gameplan. I watched that game pretty closely, and the Broncos did nothing overly tricky that game. And they still had a chance to tie it late. They had three days to prepare for that game. They had two weeks to prepare for this one. Their plans will be solid. If anybody mentions the San Diego loss as reason to pick against Denver, please stop listening to them.

As for my Sunday plans, I won't be watching the game.... on my teevee. 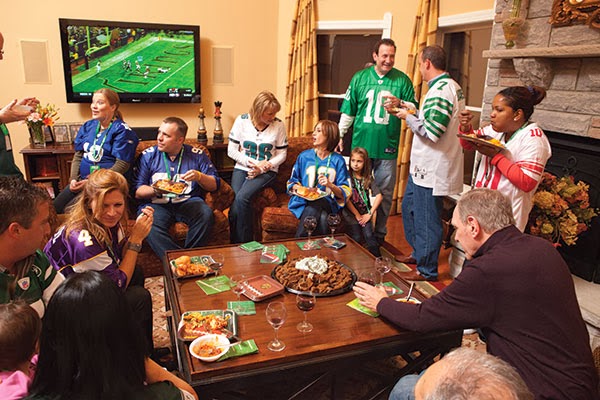