And lo, it came to pass that the San Francisco Giants nine-and-a-half game lead on June eighth disappeared within a span of twenty-one days, and the Giants found themselves tied with the Los Angeles Dodgers as July loomed.

The Giants fans who had seen the team play poorly seemingly every time the thirty days of June passed did try not to panic, but the team did not allay those fears. San Francisco's favorite non-illegal, Sergio Romo, did cough up not one, not two, not three, but four leads in the ninth inning in that fateful month, and our King Bochy did announce Romo's banishment from the ninth inning and expelled to the deserts known as “set-up.” Our King Bochy didst also announce that Santiago Casilla and Javy Lopez and others would share the duties previously given to Romo, and the fans did cringe. A closer by committee, while statistically proven to work acceptably, had rarely been known to last for a long time, and had rarely been used by a team not in crisis mode. Verily, while announcements such as these are made with great fanfare and trumpet blasts, the reversing of such moves are rarely given the same notice.

Perplexed the Giants fans were at the bullpen at the end of June, for the starting pitchers had shown that they were up to the challenge. Timothy Lincecum did throw his second career no-hitter and the fans rejoiced in hope that the 30-year-old had found new magic. Matthew Cain, after seemingly endless struggles and the questioning from the faithful, did throw seven innings of excellent baseball in his final start of the month, only to see the soon-to-be-expelled Romo allow the effort to be thrown to the winds. Thus Cain does enter July with only one win during the entire campaign so far. Then the old warhorse that is called in all the lands Timothy Hudson didst throw eight innings of one-run baseball, only to see his counterpart for the other realm, the aptly named Homer Bailey, take a no-hitter into the seventh inning. And Hudson didst see the bullpen give up three runs in the ninth to eliminate chances of a comeback victory. The Reds of Cincinnati thus became the first club in all the years of Phone Company Park to sweep a four-game set from the home nine.

And this as the lineup didst regress into a state of nothingness. In the last week of June, the team didst score more than three runs but once, and that was the contest in which Timothy Lincecum didst no-hit the San Diego Padres. In the losing of four games to the Reds, the Giants crossed the plate but six times, while the Cincinnatians crossed 20 times. In truth, the loss of Angel Pagan (disabled list) does hurt the Giants run-scoring abilities mightily. I didst notice (and make note of in this very space during the season preview) that Pagan is a setter of tables par excellence for the Giants of San Francisco, and their ghastly record of last summer happened at the exact same time that he could not take the field for for more than 60 days. It is noteworthy that this season's losing of 15 of 19 contests should happen at almost precisely the same time that Pagan again cannot be allowed to step upon the field. While his back didst flare up early in the month of June, it was when he stretched himself reaching for the ball that turned into an 9th inning inside-the-park home run (and perhaps not coincidentally, the second straight contest in which Sergio Romo didst not complete the save opportunity) and the Giants didst lose three straight to Colorado because of this. Should Pagan have caught that ball, it wouldst have been the final out and the San Franciscans would have found victory. Instead, he now finds himself unable to play and Sergio Romo finds himself wandering the deserts of set-up land.

The task to victory gets no easier in the coming weeks before the Break of All-Star, as the Giants welcome the Cardinals of St. Louis, who didst lose three of four to those Dodgers of Los Angeles and trail the National League Central by six and one-half games, yet still have 44 wins- just two fewer than the San Francisco nine. Then do the Giants travel southwards to San Diego, before returning for the home-and-home two game series versus the Athletics of Oakland. After another three versus the Diamondbacks of Arizona does come the All-Star Break, and yea verily, do they need it. 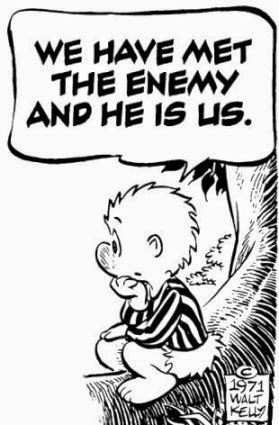