Westerners like to keep the Old West alive. It's why we wear cowboy hats when we're afraid of horses, among other things. But it takes people with a passion and a knowledge of those Old West traditions to keep them going, and sometimes it morphs into the new. 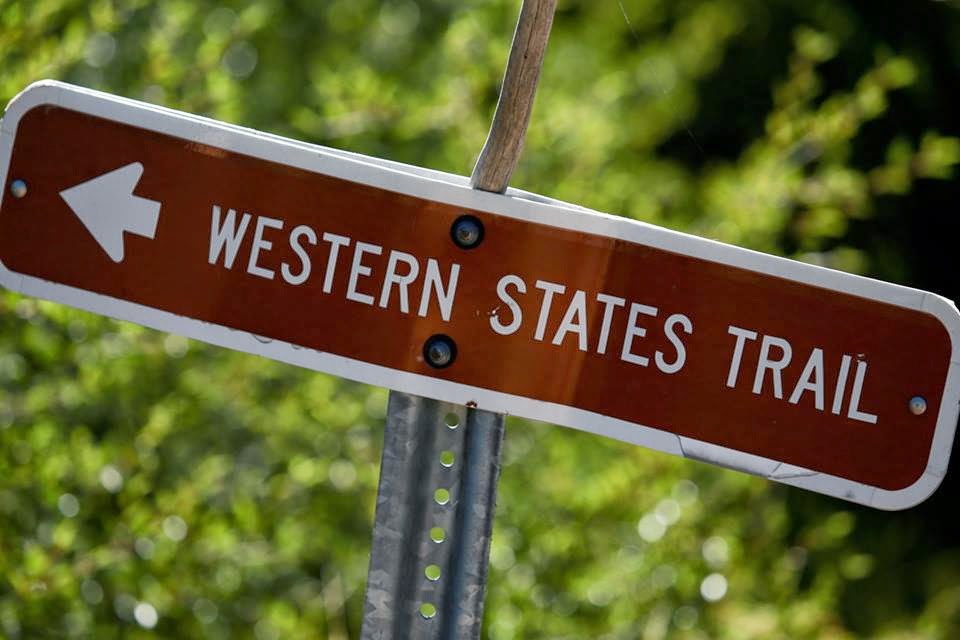 The Western States Endurance Run is one of those events that has morphed into combining the old and the new. The horse helped settlers of the Old West by being extremely versatile. Hitched to a plow, pulling wagons and stagecoaches, the Pony Express, pulling barges along rivers, helping raise buildings, bringing logs down dusty roads... horses were, well, workhorses.

But with the advent of the internal combustion engine, the horse declined in importance. Apparently, by the early 1950's, there was a question as to whether horses could even cover 100 miles in a day. To be sure, 100 miles is not an easy distance, even for a horse, but there are many tales of adventure and heroism involving a horse and rider going a very long way. Enough people questioned this possibility that in 1955 Wendell T. Robie and five other riders went along the Western States Trail from Squaw Valley, California (up near Tahoe) to Auburn (outside of Sacramento) on horseback, in less than 24 hours.

Wanting to make this more than a one-off, Robie organized the Western States Trail Foundation, the cornerstone and big annual event being the 100 mile ride from Squaw to Auburn. Eventually, as one might expect, a rider wondered if the distance could be covered on foot in that same time period. That rider was Gordy Ansleigh, and in 1974 he became the first person to attempt to the journey without a horse. And he did it, going the 100 miles in 23 hours and 42 minutes, the first-ever endurance run does as a race and a not a, you know, life-or-death kind of thing.

1977 was the first official Western States Endurance Run, and in 2014, it's this weekend. For many trail runners, Western States, seeing as how it's the oldest endurance run in the world, is the goal, and it's tough to qualify. A two-time World Trail Running Champion- think of that, trail-running champion of the world, twice, and still didn't qualify for Western States- will finally make his Western States debut Saturday. His name is Max King.

Born in Medford, Oregon, 34-year-old Max now lives and trains in Bend. In addition to his Trail Running hardware (part of this impressive list, which only goes up to March 2013), Max pulled off a very rare double at both the 2008 and 2012 Olympic Trials, by competing in both the marathon and steeplechase trials. Fortunately for Max, the marathon trials are held several months before the steeplechase trials, otherwise that would really be an endurance run. It's still a great achievement. Western States will be Max's first time running 100 miles- ever. He's done 100's, but those were 100 kilometer races, which is 62 miles. “But then you add another 40 on top of that, and you're like, ooohh, that's a long ways,” he says.

“A100 miler, you can't really train up that distance,” he says, proving that he's got a logical head on his shoulders, despite his penchant for 29 mile training runs. “Some people will do 50 miles, I did (the qualifying race), that was 50 miles, so that was a good training run for me.”

Max estimates he's raced in 15 different countries in his career, from Chile to Spain, but every race is different and special, because even if he has a poor race, it's been in a great location. “The thing about trail races is you get to go somewhere and see this amazing landscape of a different part of the world, or a different part of the country. You run track or you run roads, you're always in a city, you always kind of see the same thing. The beauty of the trail is that you're always getting to see different areas, and areas you want to go to. So you're always kind of seeking a race in some different area where you haven't been before.”

Max will admits there won't be too much time for sightseeing at Western States- because he's looking for a top finish, no matter the location. “Obviously you're racing pretty hard so you're not paying too much attention to the landscape, but you see your feet a lot and you see the trail quite a bit. But you do take a little time to look around and experience what you're running through.”

The key to success for any racer, whether it's in a car, on a horse, or on foot, is knowing the course. Over Memorial Day weekend, Max took part in a Western States course training session, covering 87 miles in three days. He says that while a 100-mile training run is not practical, there are ways to simulate what he'll feel in the second half of the race- by doing what he does training for 50 milers and other ultra-running events: back-to-back long days of at least 20 miles a day, sometimes 30.

Max will have some very tired legs following the horseshoes left by Robie and his riders and the footsteps of Ansleigh. But no matter the results, Max won't have much of a relaxing summer- that same race that qualified him for Western States also got him invited to the World 100k Road Championships this fall- and he's found a new event to keep him occupied, Obstacle Racing- and the National Championships for that are in September. He'll keep running until the sun sets into the west- and probably, a little longer than that. He's just doing his part to keep the Old West- and the spirit of adventure- alive. 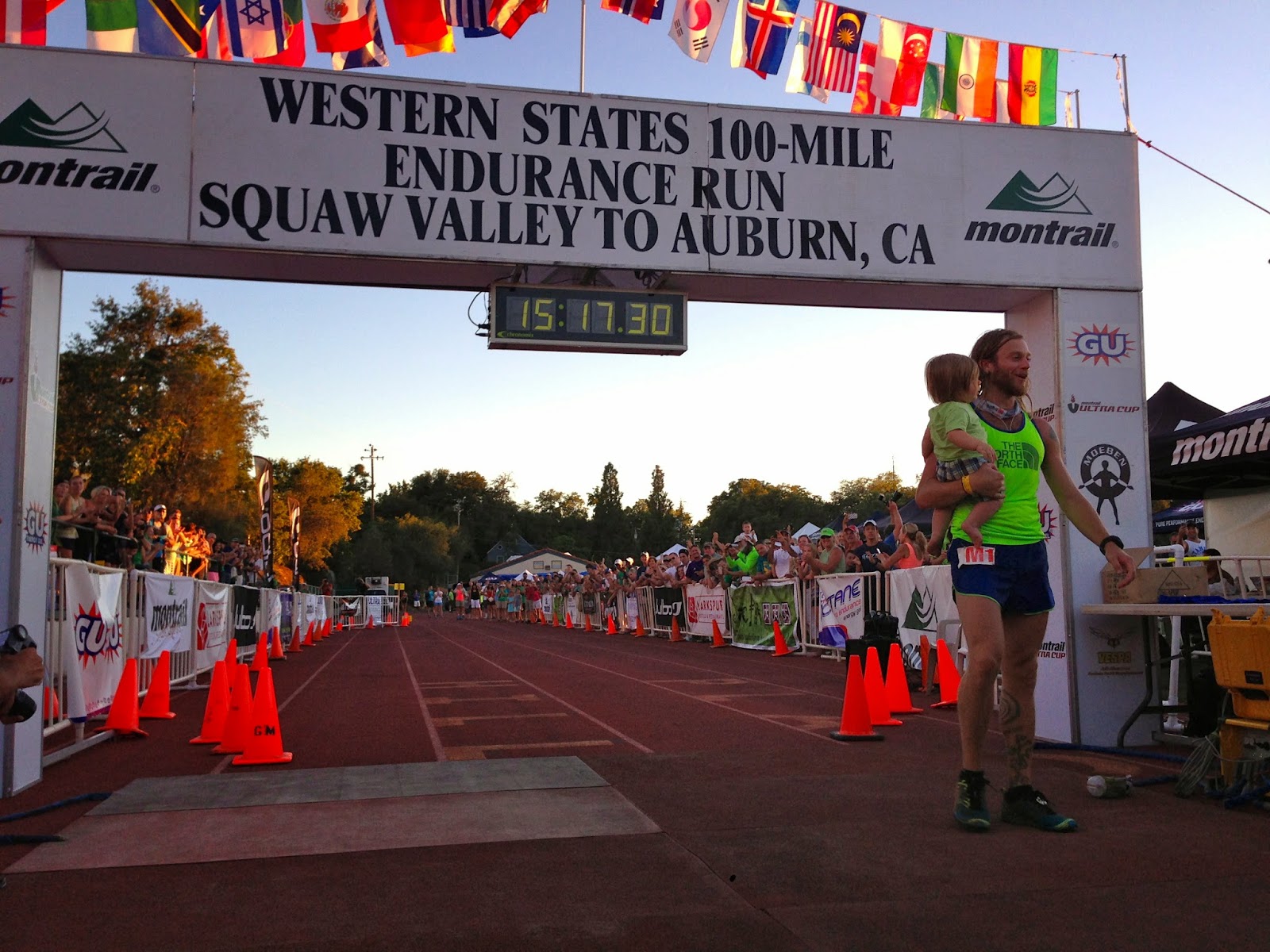 (Note: Max's quotes are from his appearance on Central Oregon Sports Talk, a radio show I co-host every Thursday on KPOV-FM in Bend, and the history of the Western States Endurance run is adapted from their website, imagine that.)