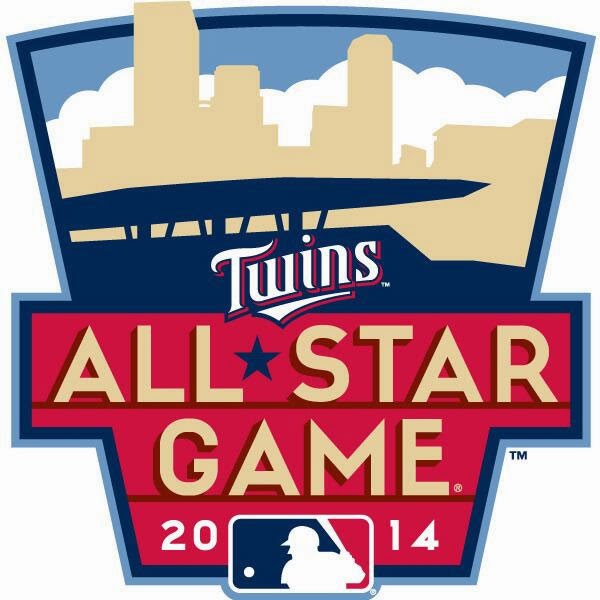 It is fashionable around this time of year to complain about the MLB All-Star game. And it's an easy thing to do. Since every regular game is available to everybody who wants to watch it for a price, and comprehensive highlights are available to everyone with a half-decent internet connection for free, it's completely lost its relevance as a showcase for guys you could only see once a year. (Imagine a time, kids, when you couldn't see Minnesota Twins games unless you lived in Minneapolis or the surrounding area. I know, weird. Yet, it happened. Now, if you want to, you could watch them in Sumatra. But, if you're in Sumatra, why would you want to watch Twins games?)

Then, of course, the infamous TIE happened in 2002, and of course that was an awful moment- at least, as far as baseball executives were concerned. The rest of us didn't really think it was that big a deal. It's an exhibition game, why shouldn't it end in a tie every now and again? It wasn't the first time the All-Star Game ended in a deadlock, it had happened in 1961 at Fenway Park, (back when they played TWO All-Star Games a year) and nobody thought the game was spinning out of control then.

Now usually, when something happens, the consequences are a direct result of the previous action that everyone can figure out pretty easily. I put on my swimsuit, it means I will then go swimming. I go to bed, it's because I'm going to go to sleep. I go to Costco, I'm going to buy something I really don't need. Things like that. So when the MLB All-Star Game ended in a tie, it would then make sense to make a roster modification to prevent that from happening again. But as we all know, Alleged Commissioner Bud Selig decided to make it so the winning League of the game got home field advantage in the World Series. And my scientific response to that, a full dozen years later, continues to be: “Huh?”

Is it an exhibition game or isn't it? Is it a competitive game with meaning or isn't it? An exhibition game means that everybody gets a chance to play. A competitive game means there's a direct consequence as a result. And yet, the All-Star Game is.... both. Which means that it has now become neither. If either manager ever decided to treat it like a competitive game with a direct consequence- because there IS- then they would play their top players the entire game. Nobody would get pinch-hit for in the third inning for no apparent reason. If the starting pitcher was dominant he would stay in for as long as possible, etcetera and so on.

But because it is still mind-bogglingly treated like an exhibition game, the starters are pretty much all gone by the 5th inning. It is not managed like a competitive game- even though it IS- and as a result, the final score is pretty much a joke, and they might as well figure out home-field advantage for the World Series by flipping a coin. It would be less arbitrary than having a random exhibition game decide it in July.

Before this happened, baseball decided home-field advantage in another bizarre, unrelated-to-the-actual-playing-field kind of way: it rotated between the American League and National League every year. If the AL team had won 105 games and the NL team had won 95- which would have been home-field advantage for the AL team in every other sport- but it was an NL team year, the NL team had home-field advantage. It was AL teams in odd years and NL teams in even years, and I remain convinced to this day that's the reason the Minnesota Twins won the 1987 series in seven games over the St. Louis Cardinals, (St Louis won 95 games that year, the Twins 85), and the Los Angeles Dodgers won the '88 Series over the Oakland A's (Oakland: 104, LA: 94). Before you start yelling Kirk Gibson at me, remember that if Oakland had home-field advantage, they would have had a chance to bat in the bottom of the 9th, even if Gibby had hit that home run to give LA the lead in the top of the inning. And who knows if it would have even gotten to that point. So many variables (first off, Gibby likely would have already been in the game as DH).

So there are two questions. One, why didn't baseball made it so home-field advantage in the World Series goes to the team with the best record starting in, say, 1960? Or 1920, for that matter? If the answer was “we've always done it this way,” then that should be worrisome. But that's a topic for another day. 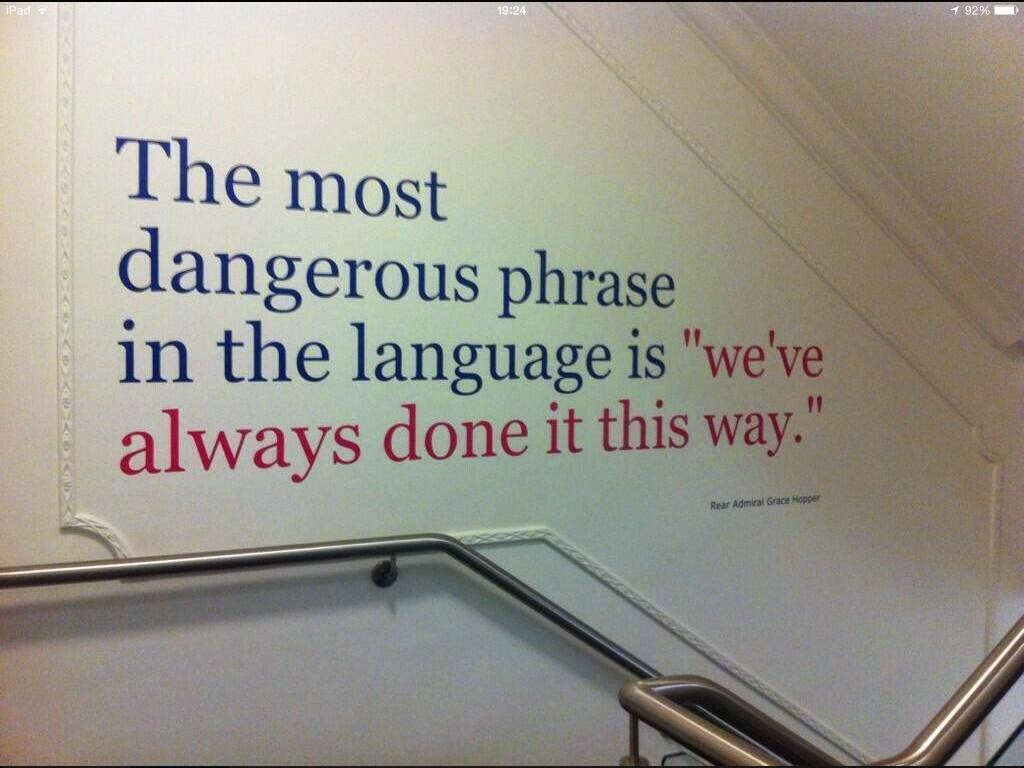 The real question is, why does the All-Star game continue to be this bizarre mishmash of an exhibition game that counts? The game would be much more entertaining if home-field advantage wasn't tied to anything that happened there. Why not make home field advantage determined by which league wins home run derby? It would make about as much sense.

Instead, I suggest two tweaks to the All-Star Game, which would make it much more enjoyable. One, home-field advantage goes to the team with the best record. That's simple. But the argument baseball continues to make is that having home-field advantage tied to the All-Star Game result makes people more interested. But it doesn't. Real fans think it makes the game look stupid, and casual fans wonder why such a thing would ever be considered. If the NBA did the same thing with their All-Star Game, it would be a public relations nightmare. So instead of gaining fans, MLB continues to lose fans.

But what if the rules were tweaked so that if all players were used in the roster, you could bring them back in? Let's say that this year, Derek Jeter started at shortstop. He played a couple innings, he batted, and then he got pulled for Alexi Ramirez. Then, in a tight game, John Farrell looks at his bench and contemplates his options. “Let's see,” he muses. “If I bat Kyle Seager, who is only here because the rules demand that everybody have somebody, then my pinch-hitting options are Jeter.... Jose Bautista, Nelson Cruz, and Mike Trout. Oh yeah, my pinch-hit options become everybody who I had to pull by the fourth inning.” 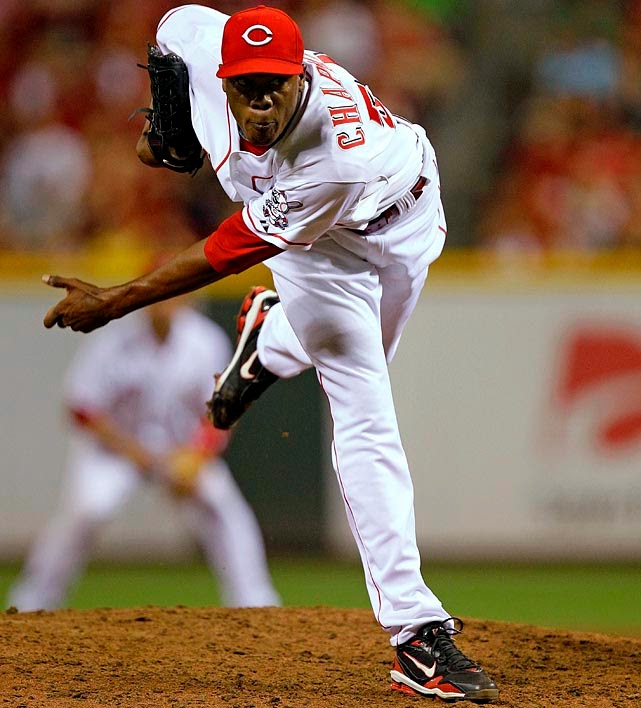 You're telling me viewers wouldn't stick around to see Trout bat in the late innings- again? Nellie Cruz versus Aroldis Chapman in the 9th (after Cruz took an Adam Wainright pitch to St. Paul in the 1st) wouldn't be a good matchup that people would like? I would suspect that Farrell would rip through his bench in order to be able to bring back Joey Bats in the 7th, much less the 9th.

But fine, the issue is pitchers. Okay. If it's an exhibition game, who cares? Have the same rule! Bring Wainright back and tell him to lob it in there. I guarantee you Chris Sale has thrown enough in his career that he could throw an inning, take two hours off, and come throw 15 more pitches. Come on. It's an exhibition game we're talking about.

So, you don't like that idea. I'm cool. In that case, why don't you steal a page from World Cup Soccer and end the game with.... Home Run Derby! If it's a tie after nine innings, then you get three guys from each team each half inning. They don't get three outs, they get one out each. They can take as many pitches as they want, they can foul off as many as they can.... but if they hit it into the playing field and it's not a home run, they're out. Home team gets last ups. You wouldn't like that? A 15-inning game would last about an extra 20 minutes. And if you run out of those dudes, then the guys from the actual Home Run Derby who weren't in the All-Star game get to bat. Then, you're free to bat whoever you want.

Tell me you wouldn't like that. I guarantee I would never write another column complaining about the All-Star Game if that happened. And neither would anybody else.