San Francisco Giants: Out of the Break 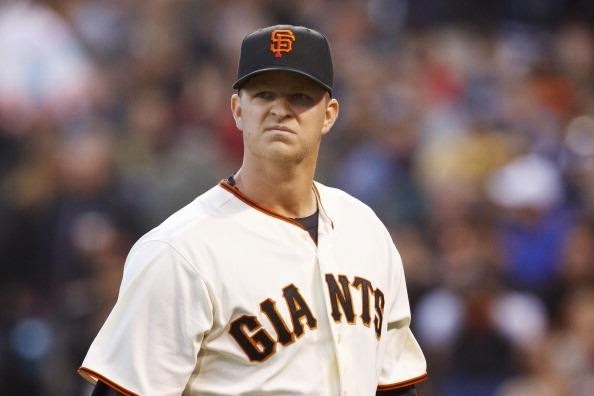 For the San Francisco Giants- and everybody else- it's not really the beginning of the second half. Clubs are well beyond the halfway point as far as games played, (SF is at 95, halfway is 81) it just sounds better to call it the start of the second half. Besides, it would be weird to play the All-Star game on the first day of summer.... actually, no it wouldn't! But that's another column, or several.

Anyway, if you'd told me at the end of spring training that coming out of the All-Star Break the Giants would be 52-43 and a game behind the Dodgers in the West, I'd've taken it, and so would've every other Giants fan. However, seeing as how SF was 21 games over .500 at 42-21 and led the division by nine and a half games on June 8th... well, the glass is half-empty, indeed.

I don't have a lot of possible solutions to the Giants "woes" at this point (should the season end today, not only would everybody be very confused, but SF would get the second NL Wild Card), but I do know that if Marco Scutaro is the answer, then somebody's asking the wrong question. A 38-year-old shortstop who has missed 94 of 95 possible games is not likely to be an offensive spark. But for a club looking for one, who the hell knows.

The biggest change out of the break concerns the starting rotation. Coming out of spring training, it was MadBum, Matt Cain, Tim Hudson, Lincecum, and Ryan Vogelsong. The struggles of Cain, the resurgence of Vogey, and the early-season domination of Hudson have been well documented in many places, including this very site. Manager Bruce Bochy has juggled the rotation to account for these incidents. MadBum remains at the top, but Cain is now moved to the five-spot and everybody else slides up one.

As a result, Cain and his astonishing 2-7 record will be matched up against the other team's fifth starter, and will be much more likely to put up some wins. The more I think about this, the more I wonder why teams don't do this more on a regular basis. It's kind of like the lineup. How many times is your leadoff guy actually going to lead off? For pitching, why wouldn't you put one of your good starters against the back end of another rotation? Then you've got a much better chance of getting a win, seeing as how fifth starters are praised if they go .500 (for example, Vogey is 5-7 and is getting lauded day after day).

Also, if Cain returns to form (and this gives him quite the opportunity to do so), then there's a tremendous one-two-three, er, five-one-two punch of Cain, MadBum, and Huddy. Toss in 2-time no-hit man Lincecum and Vogey and the pitching should carry them into the playoffs. Especially is MadBum keeps hitting the way he has.
photo courtesy: sfgate.com