The #2 Oregon Ducks are off this week, as they host Arizona next Thursday night. So have a look at one of these Pac-12 conference games instead. Looks like a decent weekend.

#11 UCLA (3-0) at #15 Arizona State (3-0)   Thursday, 7 pm, Fox Sports 1
I haven’t trusted either of these teams all season. If the Bruins hadn’t won ten games last year to get the benefit of the doubt going into this season, they’d be somewhere down around 20th right now. Like 4-0 BYU and 4-0 Nebraska. As it is, UCLA needed three defensive touchdowns to beat Virginia, allowed Memphis to hang with them till the end, and had to come back to beat Texas. Perhaps the weakest 3-0 team in the country.

But the second-weakest 3-0 team just might be ASU. Wins over Weber State, New Mexico and Colorado tell me nothing about this team. They have a great offense, but they lost nine starters on defense and certainly haven’t been tested so far. That they allowed Colorado to score 24 points on them should be cause for concern. I believe that both of these teams are pretenders and not contenders on the national scene, but only one of them will be ousted this week.

Colorado (2-2) at Cal (2-1, 0-1 Pac-12) Saturday, 1 pm, Pac-12 Network
Joe Starkey’s radio call of the “Hill Mary” is the closest thing to the anti-“The Play” call I have ever heard him. Instead of screaming for several minutes, he just basically goes silent. “…. And Arizona caught it in the end zone. Game over. Final score, 49-45. The Wildcats will not have an extra point. We’ll be back with the postgame show,” is basically what he said. His dreary “no extra point,” is in amazing contrast to his end of The Play, “THE BEARS!!!! THE BEARS!!! HAVE WON!!! THERE WILL BE NO EXTRA POINT!!!!!!” A fascinating study in contrasts. I can’t find Starkey’s call online, but here’s the TV and Arizona call of it.

The point is, Cal did not trail during the entire game- the game-winning score happened after the clock went to triple-zeroes. So they really should be 3-0 already with a conference win heading into this game against Colorado. If Cal takes a huge step backwards and loses this one, head coach Sonny Dykes will immediately be on the hot seat. Can’t lose to Colorado. The Buffs do have two wins, but they’re against UMass and Hawaii, who are a combined 1-7, with the Warriors owning the only win against Northern Iowa. The point is, again, Cal can’t lose to Colorado.

The winner has a chance for the North Division title (but would have to run the table, including beating Oregon in Autzen Stadium), the loser would need help.  It’s a much more critical game for Stanford than it is Washington. The Huskies have played absolutely nobody, the Cardinal already have a conference loss, against USC. Hard to figure who has the edge here, the Huskies are generally untrustworthy in games like this (remember, last year they should have beaten the Cardinal, but Ty Montgomery had 290 yards and two scores by himself). The first real chance for former Boise State head coach Chris Peterson to impress people. Stanford needs to win this game not just for themselves, but to prove to me that they’re still elite. I have serious doubts about that.

After beating Michigan last week in the Big House (and essentially ensuring that Jim Harbaugh will bail on the 49ers for his alma mater after the NFL season is over, trust me. The New York Post has also already bought in here), Utah needs to avoid a letdown against the Cougs. Wazzu is dangerous simply because they throw the ball all the time. WSU QB Connor Halliday has 162 pass completions, Utah QB Trevor Wilson has 58 attempts.

After beating Stanford to give Trojan fans hope, USC promptly went out and lost to Boston College. Will the real USC please stand up? The Beavs can score a ton of points (Sean Mannion is now OSU’s all-time passing leader and 3rd in the conference), but they pretty much have to because even though the defense can start nine seniors, it’s…. not good. Can the Beavs contend in the North? Was the Stanford game the only one USC actually cared about winning this year? Saturday will provide the answer. 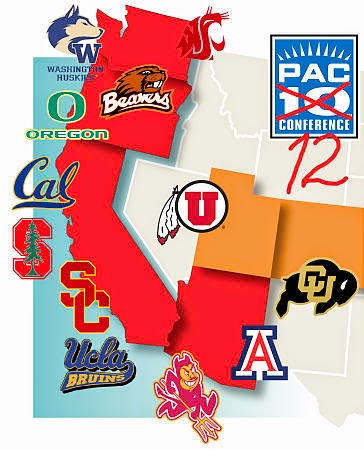