“World Series of Destiny” Storylines for Every Potential Matchup 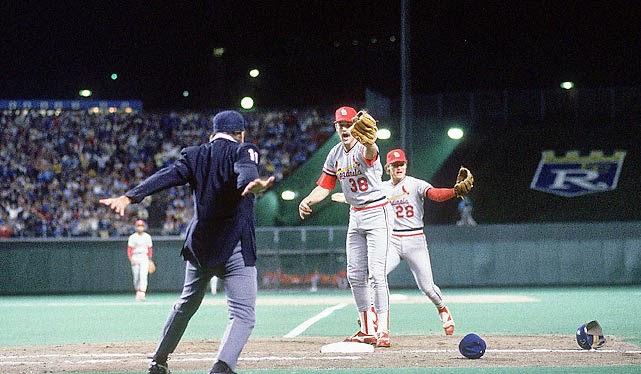 Every World Series, it’s apparently not enough that they’re playing for the championship. In order to draw in the casual fan, there is always an emphasis on the matchup’s historic qualities. Every World Series is now touted as “inevitable” and “destiny” and “fated to happen” because of certain storylines that “had to meet here.” This is, of course, a crock. Here are some of those “inevitables” for each potential matchup.


The most obvious of all of them. A rematch of the 1985 Series, KC’s only World Series title. Expect plenty of Don Denkinger video montages should this happen. They’ll happen anyway if KC makes it, but they’ll replay it every time there’s a close play should this matchup come to pass. In addition, a state currently very troubled by race relations would welcome any chance for positive publicity of any kind. 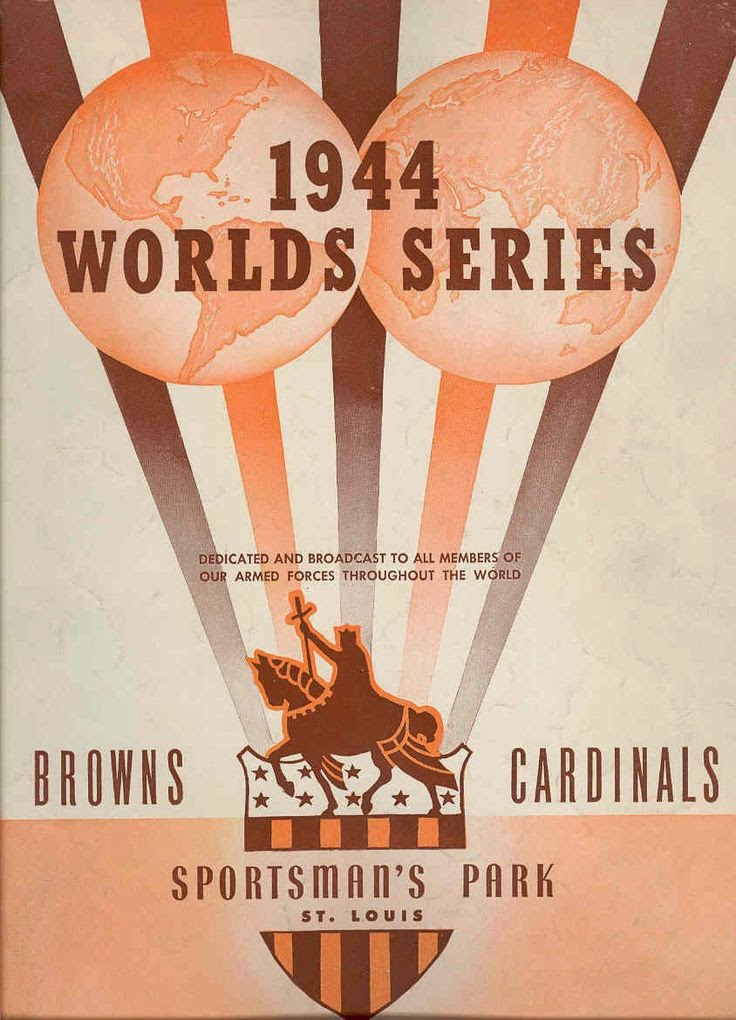 The Orioles began life as the American League St. Louis franchise, the Browns. They owned Sportsman’s Park and shared it with the Cardinals. The Cards and Browns met in the 1944 World Series (the last World Series to be played entirely in one ballpark), which the Cardinals won, 4-2. So plenty of Stan Musial, Mort Cooper, and Harry Breechen highlights if this happens. Maybe even some Denny Galehouse (who is more known for being the ill-fated starter for the Red Sox in the 1948 one-game playoff with Cleveland). In the early 50’s, Browns owner Bill Veeck tried to drive the Cardinals out of town by out-promoting them (Eddie Gaedel, a one-game comeback by Hall of Famer and former Cardinal Dizzy Dean, and so on). He might have succeeded, but the Cardinals were sold to Augie Busch and the Budweiser fortune, and the Browns were the ones that left for Baltimore.

Before the Browns moved to Baltimore in 1954, the only Major League franchise in Baltimore had been the American Association and National League Orioles. Their heyday was the mid-1890’s, when they won three straight NL Pennants as well as two Temple Cups (since there was only one Major League at the time, the 1st and 2nd place NL teams had a postseason playoff series called the Temple Cup). Those Orioles were known for dirty play. A second umpire was added to the field because when the one umpire’s back was turned, those Orioles would take advantage of the situation by impeding a baserunner’s progress any way they could. Tripping was child’s play for the 1890’s Orioles. And the most notorious of those Baltimore Orioles was their shortstop, John McGraw. When the NL disbanded the Orioles for their shenanigans, McGraw played for the St. Louis Cardinals for a year, then jumped to the new American League to play for, manage and own part of their new Baltimore Orioles franchise.

After a year or so back in Baltimore, McGraw and the American League president, Ban Johnson got to feuding (a recurring theme in McGraw’s career), and McGraw snuck back to the National League, becoming manager of the New York Giants and making them the most successful franchise of the first quarter-century of professional baseball. Those Orioles were then moved to New York specifically to compete with McGraw’s Giants and renamed the Highlanders, because they played in a ballpark built on a hill. Newspaper editors found “Highlanders” too annoying to print and renamed them the Yankees. The Giants eventually moved to San Francisco in 1958. So McGraw plays a very important part in the early history of both (all three?) teams. If this matchup is not referred to as the “McGraw Series” at some point, I’ll be disappointed.

The first World Series with two teams that won the one-game Wild Card Playoff. Have you even been paying attention?