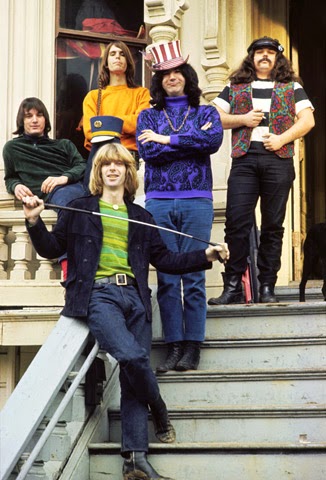 When the Grateful Dead announced early in the year that most of the band (read: the alive ones) would play three shows over the Fourth of July weekend in Chicago, I was bummed out because I probably won’t be in Chicago on the Fourth of July. It would be cool to see The Dead play shows on the 20th anniversary of their last shows in the same location during their fiftieth anniversary year.

But I didn’t fret too much, because I began to wait for the inevitable announcement of a week of warm up shows somewhere in the Bay Area, likely at one of their favorite venues, be it the Shoreline Ampitheatre or Oakland Coliseum Arena or Bill Graham Civic Center or hell, branching out and going to AT&T Park. Those I’ll be able to get to, no problem.

There’s one problem with my plan: those Bay Area shows haven’t been announced yet. And every day that there’s not even a leak that The Dead are considering Bay Area shows or looking into playing a free festival in Golden Gate Park (which would be an unmitigated disaster, but still), or something very Grateful Dead-like, I wonder if those shows even being considered.

Let’s be honest, it would be stupid for The Dead to not play a week of Bay Area shows. First of all, they are a Bay Area band with huge Bay Area roots. The famous house at 710 Ashbury. Being part of The Chosen Family, the first Bay Area commune, up in Novato. The Grateful Dead movie was filmed at Winterland. So many songs with Bay Area references and notes. San Rafael was their corporate home for years (it’s now LA along with the rest of the Rhino Records catalog). They all lived in the Bay Area up through Jerry’s death in 1995 (Billy Kreutzmann moved to Kauai the next year). Name something significant the Dead did, chances are it has roots in the Bay Area.

Enough about the reasons why they should play in the Bay. After the tiniest bit of research, I’m now convinced the Grateful Dead will announce at least a week’s worth of shows at Shoreline that will take place between Memorial Day and late June. Allow me to present the facts.

1)    It’s a about a month before the Chicago shows, making it key rehearsal time.
2)    Shoreline’s schedule is unnaturally empty between the 2015 Country Megashow (their words) on May 28th and Brad Paisley on June 13th.
3)    The next Shoreline concert after Paisley is scheduled for June 20th, allowing more time for GD50 warm-up concerts.

Here’s what I expect to happen: with a month’s notice or less, the Dead will announce a week of Bay Area shows. They will send an email note with a special ticketing email to send requests, or set up a special phone number, because the typical Dead mail-in ticketing program won’t work with short notice. They’ll do something very Grateful dead-like with some sort of technology aspect. Or they’ll suck it up and go the Ticketmaster route the whole way.

And after the farewell Chicago shows, how about finishing it out with an Oakland Arena New Year’s Eve run for old time’s sake. And then bid us good night. I understand that you’re sick of traveling and you want to settle down. But you've got to play the Bay Area, somewhere. Hold away despair, more than this I will not ask.