After The Masters: Jordan Spieth's Future

Jordan Spieth tied or bettered several of Tiger Woods’s records at The Masters, so of course the sports world is now busy deifying a 21-year-old as “The Next Tiger."

It’s common to call somebody “The Next” so-and-so. Usually, those guys don’t become “The Next” whoever. The number of guys designated “The Next Michael Jordan” is a long list that includes Hall of Famers, pretty good players, average players, and flat-out busts. But the best players on that list earned their way off that list by being phenomenal players in their own right. Kobe Bryant isn’t known as the next MJ, he’s just Kobe. LeBron is just LeBron.

How many golf guys have been given the title “The Next Tiger” since 1997? It seems like any young golfer who won a major in the last 18 years has gotten it. If we just look at people whose first major win was at Augusta, I seem to recall Mike Weir, Trevor Immmelman and Charl Schwartzel all being heralded as "The Next Tiger." You know how many combined major wins those guys have? Three. Their only major win was at the Masters.

Most recently before Spieth, it was Rory McIlroy. I’m not the only one to notice how quick people are to anoint Spieth as the new king and shove Rory to the side. It’s not like McIlroy will never play again because he is pushing everything to the right. Rory has four majors, including the last two of 2014- the Open Championship and the PGA Championship- and is just 25. He's not going anywhere anytime soon.

Spieth is doing his best to ignore the hype by putting his head down and playing more. He claimed on his Letterman appearance that he’s playing his third tournament in a row, headed out to Hilton Head, because they helped him get started on tour and that he feels obligated as well as a special kinship to the event.

That explanation could be true.  It could also be because Spieth knows you have to ride a hot hand when it’s dealt, seeing that he has finished in the top two in his last four tournaments.

He’s taking the best course of action to not becoming the next Tiger by continuing to play. He’s surviving in the short-term by doing what brought him success in the first place: playing golf.

In the long-term, he already has a role model for how not to do it: Tiger Woods. It’ll be hard for Spieth to stay a regular ole Texas country boy, but we need to give the kid a chance. 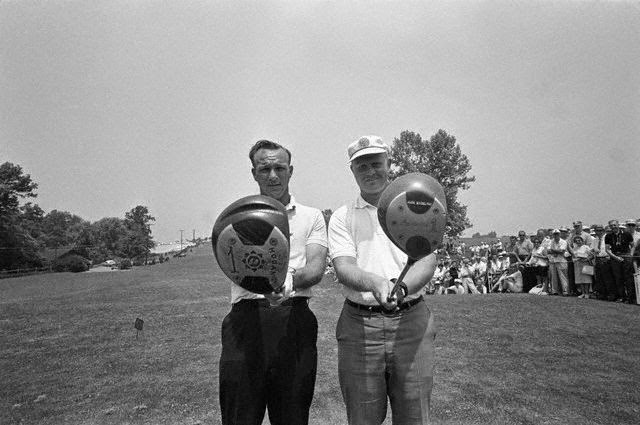 photos courtesy: nydailynews.com, strangegolf.com
Posted by Alex D at 11:39 AM