The Day the NBA Playoffs Ended 2015

Nearly two months ago when the NBA Playoffs began, I posted a list of things that were going on or anticipated to happen. Several years ago, a group of us decided to keep a list like this every year because the NBA Playoffs are too damn long (just like the rent is too damn high). It's easy to forget how long it lasts because we get caught up in day-to-day stuff. But now that the Golden State Warriors are NBA Champions, it's time make you feel nostalgic for April (yes, really) with this year's follow-up list.

It took 59 days for the playoffs to occur in their entirety.
Days until Apple Watch release (April 24th):
6
It's been 54 days since the Apple Watch was released. I have seen exactly one "in the wild" since then. Remember when you couldn't go anywhere without hearing about its impending release? Since then.... not much.

Days until NFL Draft (April 30th):
12
48 days since Famous Jameis Winston got drafted first by the Tampa Bay Buccaneers and future MVP and Super Bowl winning Marcus Mariota was picked second by the Tennessee Titans. Maybe we should be doing a new list, the length of Jameis' career. I kid, I kid. He'll wander around the league for years. That is, if the NFL still exists in 10 years.

Days until Kentucky Derby and Pacquiao/Mayweather (May 2nd):
14
46 days since American Pharoah began his history-making run and Mayweather won a strategically sound but ultimately unexciting bout. I didn't bother noting the day of the Belmont Stakes because when was the last time any horse won the Triple Crown? Oh yeah, it happened this year. I really hope that BOA, the co-creator of this list, got a couple of bucks for his efforts.

Days until David Letterman’s last show (May 20):
31
The last true late night talk show host has been retired for 28 days, exactly four weeks ago. Yet oftentimes I still think during a weekday, "I wonder who's on Dave tonight?" I've only been thinking it for oh, 30 years. It's a habit.

If you haven't seen the very end, take the time: 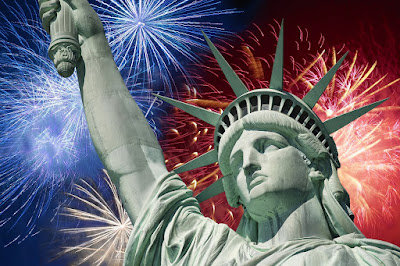 Days until 4th of July:
76
19 days until America's biggest holiday. Kind of cool that the playoffs began 76 days away, if you know anything about the American Revolution and stuff.

Days until Christmas:
250
192 shopping days left. Have you started? If you have, you're crazier than I thought you were.

Top song on Billboard:
See You Again, Wiz Khalifa Featuring Charlie Puth
Huh, the first thing that's not changed since April 18th on this list. However, it's not consecutive. This is the 9th week for this track at the top spot as Taylor Swift's "Bad Blood" featuring Kendrick Lamar, the number two track, was number one for a bit in between during the time frame we're discussing.

Note: I have heard neither of these songs and have no idea what I'm talking about here. I might as well be trying to explain Harry Potter plots.

Now:
Fight Song, Rachel Platten
Again: I have no idea what this is. I just know that somebody will see the "Uptown Funk" notation and say "Oh man, that song is so old." When it topped the charts less than 60 days ago.

Now:
Jurassic World
And it's not even close.

2
GoT showed episode 10 and ended Sunday, June 14th. So, apparently, did Jon Snow.

Mad Men Final season episodes left:
5
My favorite drama series of the last decade ended on May 17th, 31 days before the NBA Playoffs did. Because I'm a slowpoke, I still haven't watched the final episodes. Actually, I have five to go, so that works out pretty well for me.

June 16th:
117 at Death Valley
35 at Stanley, ID, Orr, MN and Embarrass, MN
There's a town named Embarrass? How do I not remember seeing this on any of those lists?

Finally, if you had put money on Andre Iguodala to win NBA Finals MVP on April 18th... you'd be rich.