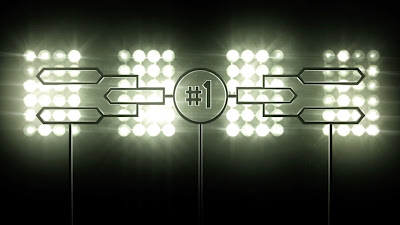 The only reason I'm giving the Washington Huskies even a remote chance against the Alabama Crimson Tide is became Joe Tessitore is calling the game. You know about The Tess Effect/Rule of Tess, right? He's called some ridiculously wild finishes. The first game of the season he did was Notre Dame/Texas. I'm just saying.

As for the second game, I'd like to see the Clemson Tigers win it but it's hard to go against the Ohio State Buckeyes. Would another team that didn't even make their conference title game get selected for a 4-team playoff that doesn't play home games in Columbus? The only exception might be that team in Ann Arbor, Michigan.

With this, there's been plenty of talk about expanding the CFB Playoff to eight teams. But if you really think about it we'd be in the same mess. Let's figure it went this way:

All Power 5 Conference Champs: So that'd be Alabama (SEC) Washington (Pac-12) and Clemson (ACC). We're all good there. But then that means the Penn State Nittany Lions (Big 10) and Oklahoma Sooners (Big 12) also make it.

So who are your 3 wild cards? Ohio State is obviously one of them. That leaves two spots.

If you're going straight with the CFB Playoff Rankings, then it's two more Big 10 teams. The Michigan Wolverines are 6th (behind Penn State) and the Wisconsin Badgers are 8th (Oklahoma is 7th).

But that leaves out the USC Trojans, who lots of people say are playing the best of anybody, but they have 3 losses and didn't make their title game either. And what about the Western Michigan Broncos, the undefeated Group of 5 team? The Colorado Buffaloes were ranked 10th and sent to the Alamo Bowl. The Florida State Seminoles were ranked 11th but they're in a fancy bowl.

Also, where do you play the quarterfinals? It's kind of set up that the "New Year's Six" bowls will just become the quarterfinal and semifinal locations, but you know that's up for debate (read: straight cash when it becomes real). More issues than answers.

Plus, think about it: once you get past the top 4 teams this year it would be a pick'em anyway. Is there really that much difference between USC and Oklahoma? Wisconsin and Western Michigan?

And then there's the issue of the schedule. Adding yet another game pushes the playoffs either further into December (which really kills the other bowls) or further into January, where they run up against the NFL playoffs.

And the whole education thing. Missing more class and whatnot. You know, these are still officially amateurs who have to go to school and don't get paid (while the head coaches, schools and NCAA rake it in). But that's a topic for another day.