There’s a big difference between “Most Important,” “Best,” and “Favorite,” but those terms tend to get used interchangeably when they’re not.

The most biased of the three is “favorite,” because it is the term most based- at least in theory- on personal experience. It’s why there are 700 brands of peanut butter in the grocery store, because everyone has their personal “favorite.” Chunky or creamy? Oil at the top or not? Roasted or boiled? All-natural or just mostly natural? Combined with jelly or not? (Whoever invented that was most assuredly high at the time of invention and creation.) Really chunky or just kind of chunky?

The toughest use of the word “favorite” is in the world of art and other personal expression. Your “favorite” piece of art is just as valid an opinion of somebody that has years of study and training in that field. If you don’t like cubism then Pablo Picasso is never going to be your favorite artist and there’s nothing a passionate Picasso person can do to change your mind. If you think impressionism is just a bunch of dots that don’t add up then going to a Monet exhibition isn’t high on your agenda.

I bring this up at the start because while The Beatles’ “Sgt. Pepper’s Lonely Hearts Club Band,” rapidly approaching its 50th birthday in June, is the most important Beatles album and the most important album in the history of rock’n’roll. You can make a good argument that their “best” album is their final studio outcome, “Abbey Road,” and my personal “favorite” is “Rubber Soul.” (If you ask me that 90% of the time- sometimes I’ll answer Pepper and sometimes I’ll answer Abbey before drawing a sharp intake of breath and going back to Soul. "Revolver" will also come to mind but I’ve never actually given that as an answer.)

That part gets forgotten when discussing “Sgt. Pepper’s” place in history. Like I said at the top, people mix up “Most Important” with “Best” and “Favorite.” The “Most Important” film of all time isn’t your “Favorite” and nor is it the “Best” film of all, it’s 1903’s “The Great Train Robbery,” which was the first American film to use the now-taken-for-granted concepts of multiple storylines, on-location shooting, camera movement, cross-cutting, and just being a typical “Western.” Nothing complex that you watch today, from “Lost” to “Mad Men,” and especially “Game of Thrones,” exists without “The Great Train Robbery,” just like no rock release exists without “Sgt. Pepper.”

Pepper is the “Most Important Rock Album of All Time” because it was the first rock album to be a full presentation from start to finish, beginning with the first thing you see, the cover art. Nobody in rock had gone to that much trouble for a rock album cover. Even the second-most intricate rock album cover art to that point, the “Revolver” cover, was just Beatles friend Klaus Voorman doing a line drawing and inserting some photos of the lads where he wanted (including John Lennon in a suit of armor he had named “Sidney”). The Pepper cover was done up as a proper photo shoot, with months of planning in advance and several dozen people involved.

The next thing that Pepper did- which again, had never been done on a rock album, and probably nowhere else except a “Sing Along with Mitch Miller” album- was the printing of the lyrics. Nowadays we search for song lyrics all the time. To have them with the album (if you buy the physical CD/LP/8-track/Cassette) is just an automatic. But it had never been done before for a rock album. The lyrics to the songs had never been considered important (there’s that word again) enough to include. Not to say there weren’t some damned clever rock’n’roll lyrics before then (think of pretty much any Chuck Berry song, and of course The Beach Boys and “Pet Sounds,” the final big Pepper inspiration), but they had been summarily dismissed as non-important by the guys in the suits who made the final album decisions.

And there lies the most important thing that “Sgt. Pepper” ever did, which is taking complete control of the album away from the suits. While Beatles producer George Martin is rightly hailed as a genius for how he helped the Beatles grow from “Love Me Do” to “I Want You (She’s So Heavy),” part of his genius was not forcing the four young musicians into the corner that the music establishment had placed rock’n’roll in 1962. If they wanted to make an unconventional sound, he let them make an unconventional sound (starting 1964’s “I Feel Fine” with intentional amplifier feedback is an obvious example, and so is George Harrison’s use of the sitar starting on “Rubber Soul” in 1965). If they wanted anything done differently, he didn’t make them change their vision- he tried to make it come true using his vast knowledge of recording techinques and encouraging studio engineers to "think outside the box" (decades before that stunningly overused executive-speak term was created).

So, while George Martin is officially listed as Pepper’s producer, he saw his role as taking what the band wanted to do and making it happen. And not, as was typical for many other rock producers at the time, giving the band some material they didn’t want and making them do it his way. When John Lennon wanted crazy steam organ sounds for "Being For the Benefit of Mr. Kite," Martin didn't say it was impossible. No, instead he took a reel of steam organ tape, had an engineer cut it into four- or five-inch strips and then throw the strips in the air, let them fall to the ground, and put them back together the way they landed. The result? Crazy steam organ sounds. Played backwards, upside down, and upside down and backwards.

It helped that before he produced The Beatles, Martin produced comedy records for Peter Sellers and the like and got used to very unusual sound requests. When his young musicians then asked for creativity, Martin was coming from a place that saw unusual sound as just another element in making innovative records. Although his look was buttoned-up, his mind was anything but. Martin's credit in helping The Beatles grow will always be underrated.

When people tell me that U2’s “The Joshua Tree” is a better album than “Sgt. Pepper,” I try not to argue too much, because what they’re really telling me that they like Tree better than Pepper. They can have that opinion.

But when you look at Tree- based on a specific theme, intentionally-photographed front cover, printed lyrics, complete artist control over the songs, instrumentation and running order- you see “Sgt. Pepper’s” fingerprints all over it. Every member of U2 will tell you they couldn’t have done what they did for Tree or their entire career without The Beatles and “Sgt. Pepper.”

Every rock artist that came after The Beatles and Pepper will agree with that statement. And even if there is a rare artist that won’t cite the Liverpool lads as an influence, that band’s major influence will tell you that The Beatles made their career possible.

And that tells you all you need to know about Pepper. “Best”? Arguable. “Favorite”? Always a lively debate.

But “Most Important Rock Album of All Time” isn’t a debate. That was obvious 50 years ago, and it’s still true today. 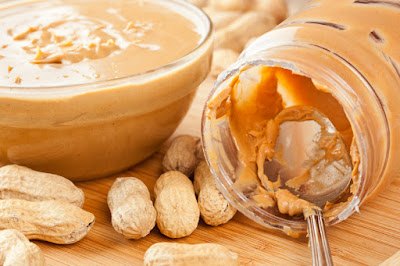