Why Don't You Buy A Ferrari? Or, Sports Hot Takes Are Stupid


I don't listen to sports talk radio very often and I figured out another reason why a couple of days ago. I was listening and a caller said he knew how to fix Cody Bellinger's swing. He said the dodgers should hire their old pitching coach from Cincinnati and then and I'm quoting here, "Sit Cody down for a week to figure it out."

This is mind-boggling on several levels. For openers, the first guy who knows that Cody Bellinger has a swing problem is Cody Bellinger. Because he's the guy who sucks! He knows that he is not hitting the ball very well and he is using all the opportunities open to him to try and fix his swing. If you think that he is not going and looking at video of every pitch of every bat as soon as possible you are nuts. He is looking on the flight, he is looking on the team bus, he is looking while he's at dinner, he's looking while in the Uber back from dinner to the hotel, he is looking instead of watching new Ted Lasso episodes. He is staring at his swing for hours and hours a week. He is trying to not swing at that inside pitch that is his kryptonite. But he does anyway. And then he stares at the video and wonders why. He wishes he could not do that.

If you think that fixing a swing takes one week, then you have never tried to fix a swing. If you think it takes a week to overhaul a swing, buddy, I have new NFT's for you and trust me these are gonna be great! It takes months to fix a swing. It takes an entire off season. It takes discipline. It takes breaking old habits and re-establishing new ones. Saying "It'll take a week to fix it" is the equivalent of saying "You should lose 10 pounds by Friday" and I don't care if tomorrow is Friday when you read this. It's impossible. And getting the old hitting coach- Turner Ward, if you're up on former Dodger hitting coaches- is not going to change anything just because Ward was his hitting coach during his MVP year.

This is an example of the problems I have with sports hot takes, which are all along the lines of "team x or player x should do this and it'll fix everything." Teams spend more time than you ever thought possible analyzing their team and the moves they could make to get just a little better. It is their job! How many hours do you spend at your job and how many hours do you spend thinking about how to fix "your" team at every position? Because every position change you make has consequences on the entire rest of the team. And then there is a whole new list of issues you have to deal with. Salary cap, locker room, how others feel about it. Good coaches, executives and players have left teams because of one move. One. I guarantee that a team has come up with the idea that you have come up with and have decided not to do it for one reason or another.

There are lots of things that teams do not tell us about decisions that they make. It is basically the equivalent of going to work. If I went to your work and looked at your job for five minutes and said well why don't you do it this way? And why don't you fire that guy, he sucks? And why don't you give her a raise? And why doesn't she get a promotion? Why do you not work for her?

At some level you're going to say yeah, but. And you're going to have so many reasons why none of that has happened. You're either going to say how none of that can happen or you're going to not give me a straight answer on why it can't happen. Because you often can't give me the real answer on why none of that can happen. It's office politics or seniority or people you don't want to tick off or any number of things that you simply don't want me to know about. They exist in every office, and they exist on every sports team. Your answer is the equivalent of Dodgers manager Dave Roberts explaining why they don't you bench Cody Bellinger for a week.

The other thing is that any sure fire suggestion to fix any team, whether that's benching Cody Bellinger or starting Trey Lance over Jimmy Garoppolo or trading CJ McCollum for Ben Simmons- is that it's the equivalent of me going to you, assuming you are my friend and I know you reasonably well, and saying...

Why don't you buy a Ferrari? 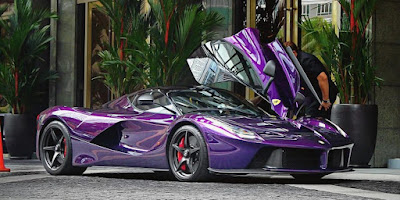 Because the truth is right now you probably could buy a Ferrari. RIGHT NOW.

I reckon that if you have any sort of regular income and halfway decent credit you could go get an online loan right now from somewhere and find a Ferrari dealership that is willing to let you put a deposit down on a Ferrari and become a Ferrari owner within the hour.

So why don't you?

There are a lot of reasons why you don't. They are called "the consequences." The payments are the first big issue. I imagine a Ferrari on a payment plan is about $4k a month. Do you have an extra $4k a month to keep up with the payments for your new eggplant colored Ferrari? You possibly could- if you had no other responsibilities to pay for. If there are no kids or significant other you care for.

Let's say the money isn't an issue. $4k a month is no problem. Fine. Where would you park the Ferrari? Where does it sit overnight? Do you have a garage? Are you in an apartment parking lot? Is it outdoors? Or are you parking on the street? How's your neighborhood? Because that's where your Ferrari will be parked.

Then you have to drive the Ferrari. If it's your only car, you have to drive it everywhere you drive to right now. Where did you go to this week? You drive it to work. You drive it to the grocery store. You drive it to the gym. How big is your family? A Ferrari seats two. Will your significant other be okay taking their car every time you go on a family outing? Will your significant other be ok giving up their space in the garage so you can park your Ferrari there? If your Ferrari is in the garage there's still everything else in the garage. Kids bicycles. Random garage stuff. Washer. Dryer. Skis. What if one of your kids bangs their bicycle into the Ferrari? What happens then?

You see, there are a lot of issues when I say "Why don't you buy a Ferrari?" So remember the next time you come up with these great ideas to improve your sports team, like benching Cody Bellinger for a week so he can fix his swing, it's as about as realistic as you buying a Ferrari.