Kansas Football: An Early Clue To The New Direction?

The thing is, Kansas has actually won games like this before.

And usually when Kansas wins games like this, a head coach gets fired. You laugh at this, but the Jayhawks beat Texas in the second-to-last game of the 2016 season and that got Charlie Strong fired. The wikipedia for the 2016 Longhorns season say this, and I swear to you I didn't know it actually said this until I looked it up just now:

"After a second-straight 5–7 season that included the Longhorns' first loss to Kansas since 1938, the University of Texas fired Charlie Strong at a morning meeting on November 26, 2016."

So, there it is. Kansas wins a game like this and career paths change.

But they didn't win this game. No, Kansas led number 3 Oklahoma 10-nothing at the half, had a chance to win the game with about 3 and a half minutes to go and Sooners QB Caleb Williams grabbed the ball from his own running back and saved Oklahoma's season on 4th and one.

Most bad teams get up for one game a year. Like the Charlie Strong game, Kansas is usually good for one of these close losses/fluke wins every couple of seasons. They're not like Purdue, or Indiana, or Pitt, or Iowa, who are guaranteed to crush somebody like this randomly every year. (The great Shutdown Fullcast/Spencer Hall calls Pitt "the Super Weapon" by the almost insane regularity that they do this to Top 10 teams).

So ordinarily I'd chalk this up to being "one of those games" and move on. But this feels different. I don't know if it's because the first year of the Lance Leipold experience has been weirdly promising in other areas. Yes, it started really oddly due to the Les Miles firing and all that. But when Leipold was hired, the quotes felt different from other first day head coach press conferences. Usually they say things like "Kansas football is great and I'm going to make it great before you know it." Leipold came in and basically said, "Yep, the team is terrible and I'm fully aware of this. I plan on making this better but this is not going to be easy."

As opposed to Charlie Weis or Les Miles or even David Beaty, who all promised "Kansas football is a sleeping giant" in one way or another- Weis boldly and completely wrongly, Miles with his "I'm going to prove I'm smarter than anybody else" grin, and Beaty with his "We are going to run through brick walls and make this better" proclamations, which I must admit I absolutely bought into and still think he got a raw deal-  Leipold's "promise" to only find ways to be less terrible seems to be working, at least right now. He did not promise to move mountains, he promised to move many small piles of dirt over and over and over and over until, hey, look at that, the mountain is in a different place.

This is why the Oklahoma game felt different. The Jayhawks did not take the lead against Oklahoma by taking advantage of fluke turnovers and busted punt returns, but methodically holding the ball for more than 35 minutes of a 60 minute game. KU got the opening kickoff and went 80 yards in 10 minutes, running 14 plays and culminating in a one-yard td. Oklahoma ran five plays and punted. KU then went 69 yards in 6 and a half minutes and 12 plays and kicked a field goal. By that point there were four minutes gone in the second quarter, it was 10-nothing KU and Oklahoma had run five plays total.

Your Charlie Weis' and Les Miles' would've gotten impatient with these KU drives and demanded weird trickery and burned everything to the ground with a triple-reverse-throwback. Leipold's offense stayed true to itself and chugged along.

Sure, Oklahoma had five second half drives and scored a touchdown on every one of them to end the day with 35 points. But three of those drives were 75 yards each and three of them took under 90 seconds. Not many teams are going to score touchdowns on five consecutive drives when they absolutely have to.

Those stats alone show progress for Kansas. Oklahoma had to have a perfect second half and a crazy fourth down play to win the game. How many other programs are capable of having a perfect half when they absolutely have to have one? Alabama, probably. This year Georgia and future Big 12 member Cincinnati seem pretty capable. But that's about it. (Huh, maybe those should be the four playoff teams and screw Ohio State? But I digress.) There are plenty of teams in the Big 12 who aren't capable of that.

There's an argument going around that my hope for KU football is folly because "Oklahoma played their worst game of the year." I'm not disagreeing with you there. But a bad Oklahoma game is generally better than 90% of everybody else's best game. (It does explain why they're undefeated so far.) And you can also agree that KU played a great game against Oklahoma. If KU plays that well against practically anybody else, KU wins that game. Can we agree on that? The question becomes if they can repeat playing at that level. Was this game a fluke, or was it an early clue to the new direction? (by the way, that's my favorite under-the-radar quote from "A Hard Day's Night.")

Is Kansas capable of repeating this performance this year, and therefore winning some conference games to give the diehards some hope of a bowl game next year? Well, this week they're at a very mad Oklahoma State team that just got handed their first loss thanks to an iffy 4th down spot that they didn't get, unlike Caleb Williams and Oklahoma. Now if the Hawks can keep that game close for at least a half, it'll show everybody that hey, these piles of dirt are looking more like a hill. A small hill, but a hill nevertheless. The spread for this weekend is 30.5 points. If KU covers, and covers comfortably, we should consider a small hill built.

And the week after that? It's a home game against a Kansas State team that has not looked particularly great this season (and still refuses to admit that the Bill Snyder era was the only time they would ever be nationally relevant).

Now that would be progress. Do you realize KU hasn't beaten K-State since 2008? That's 12 straight times? (That means K-State only needs to beat KU 15 more straight games to EVEN the all-time series record. Yep, KU was 27 games up before the streak started, 64-37. the series record is now 64-49.)

This seems like it would be a good year to start a new streak. That would be a big time clue to the new direction of KU football. 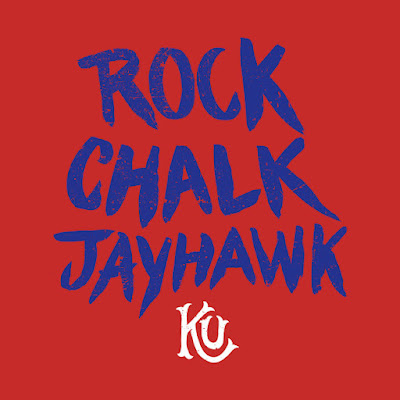