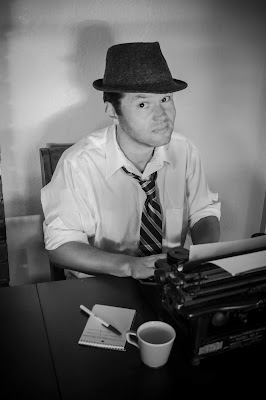 Alex Drude "The Sports Dude" has been involved covering sports since the Montreal Expos, Houston Oilers and Hartford Whalers existed.  More than a decade in TV and Radio, the name "Sporadic Sentinel" pre-dates even his first entry into sports journalism.

In his very first high school journalism class, students were required to make a newspaper.  Since most newspapers are called "The Daily Something," the Dude realized that if he were actually in charge of a newspaper it would most certainly not be a Daily or a Weekly.  And most newspapers are called the "Chronicle" or the "Journal" or the "Gazette" and the Dude wanted something with a little bite.  Thus, the "Sporadic Sentinel" had its first issue... and 20+ years later, the "Sporadic" came back.

And a Sentinel watches over everything.  So that means this publication will not be limited to sports (although it will more than likely be the bulk of the content).  Suggestions and feedback are welcome.

So come on back sporadically yourself, and enjoy.

And fan it up:  facebook.com/AlexDrudetheSportsDude