On Saturday, May 2nd, two once-kings of American sports will have a day when they are once more the biggest sports in the country. Since it’s the first Saturday in May, that means the 141st running of the Kentucky Derby, and Saturday night Floyd Mayweather Jr. and Manny Pacquiao will duke it out in Las Vegas for several crown.

There was a time when boxing and horse racing were the top spectator sports in America and it wasn’t even close. In the 1930’s the NBA didn’t exist and the NFL and NHL were a fledgling regional leagues with no teams west of Green Bay. Baseball was big but fragmented, with plenty of fans more interested in their town ball teams- people took the minor leagues very seriously because the rosters were generally filled with hometown boys- than the major leagues. Golf was for the rich.

I don’t know why horse racing and boxing were the top draws for the first half of the 20th century and I am certainly no authoritarian on these things- I’d nominate Laura Hillenbrand or the late great authors David Halberstam or Studs Terkel- but I can take an educated guess. Like baseball, boxing matches and horse racing were common occurrences in every town in the days before television. They were popular to compete in even when it wasn’t a professional event- baseball and boxing in particular. In the days before everybody had a car, most everybody had a horse or knew how to ride one. Like drag racing or bike riding, horse racing was something people did pretty much anyway. And boxing rings are easy to set up- every town had some sort of auditorium or arena- and it seems like there were more fist fights then, so more guys knew how to fight. 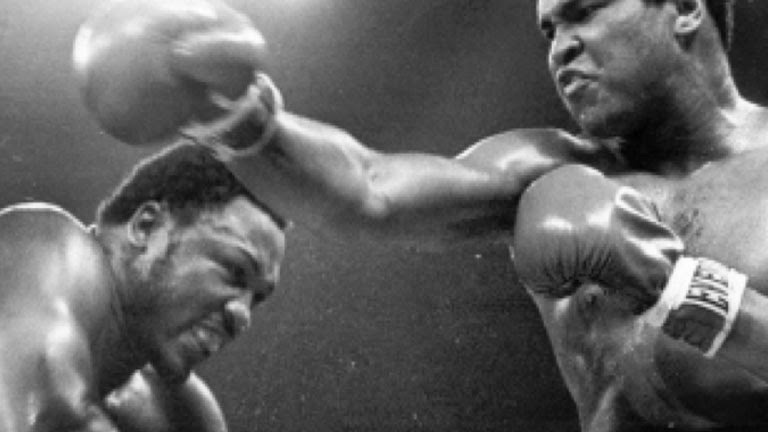 The popularity of those sports declined for various reasons, most of them in some way related to television. Boxing was at first very popular on the teevee because it required very little camera movement to show everything. It’s the same reason wrestling and bowling were very successful on early TV- because people would watch pretty much anything. But neither boxing nor horse racing had cohesive marketing units like the NFL or the NBA or MLB, and that led to their declines.

Health concerns coming to light were probably the biggest factors in the decline of horse racing and boxing as popular sports. Both sports had weight limits, and boxers and jockeys would do horrible things to get or keep weight (Hillenbrand’s “Seabiscuit” has a harrowing account of the many ways jockeys tried to lose pounds in the hours leading up to weigh-in). Horses were (and many allege still are) treated horribly in attempts to gain more speed, from pills to injections to just straight-up intimidation tactics. As the public became aware of these things- read a Dick Francis novel or two to get some ideas- people turned away. In addition, a “punch drunk” ex-boxer was a common sight, and we now know that was an after-effect of too many concussions (the NFL should be taking copious notes on all of this).

Outside the ring, in a problem that continues to this day, there are as many different boxing regulatory committees as there are weight classes. You and I could form a boxing committee and have a championship belt and guys would want to win it because it’s another way they can call themselves “champ.” Because so many people can call themselves “champ,” it gets watered down. Occasionally somebody can break through, like Ali or Tyson or Sugar Ray Leonard, but just because everybody knows their name doesn’t mean everybody wants to watch them do their thing. My parents know who Justin Bieber is but couldn’t tell you any of his songs. Neither could I, and I’m proud of that.

It’s also difficult to distill horse racing down to one big championship race. The “Triple Crown” is the closest thing to a Horse Racing Finals as there will be, but that’s just for two year old horses. Horses can race for several years. The many different kinds of championship horse races depends on the age of the horse and the style of racing. The Triple Crown has endured because the tracks in Louisville, Baltimore and Saratoga banded together to promote themselves. Like how the Masters promoted itself as a different kind of golf tournament. There are plenty of other important historical tracks around the country, from Los Angeles to Miami, but the average person doesn’t know about those.

Finally, and perhaps most important of all, there are many fewer people who know how to ride horses and who get into fights than there were in the early days of the 20th century. The ability for the public to have some sort of familiarity and underlying knowledge of what a jockey is doing in a race or a boxer is doing in a ring has dropped precipitously. Nearly everybody has played a baseball or softball game or flag football or shot hoops. We understand those sports more intuitively than we do boxing or horse racing. Because I actually played roller hockey, I like watching hockey. It could very well be as simple as that. 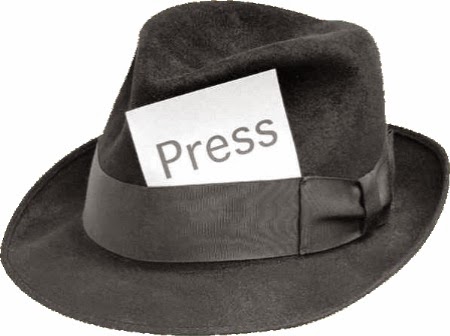 But for one day, boxing and horse racing will again be the top draws in America. And that conjures up for me a sportswriting life that I would love to have, if only for a day. I want to wear a fedora, a wide short polka-dot tie and a flower in my lapel- which would mean I’d have to wear a coat with lapels. I want to be an old-time member of the press (because “journalist” was too high-falutin’ for those guys) with that button on the label of my fedora. I want to be clacking away at my Royal typewriter slapping down prose that would make Grantland Rice, Damon Runyon, WC Heinz and Ernest Hemingway proud.

By Monday morning (or more likely, Saturday at midnight), we’ll be back to discussing playoff basketball and the NFL draft and early season baseball trends. On Saturday, though, boxing and horse racing will be the talk of the land once more. It’ll be interesting to see how many people really dig in to the romanticized nostalgia. If you need to find me on Saturday, I’ll be wearing my fedora.

photos courtesy: totalprosports.com, biography.com, theboxingtribune.com, and the great photo of me is by mandysloan.com
Posted by Alex D at 3:20 PM